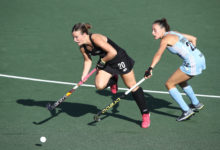 Hull on target for Tokyo

Hockey > Hull on target for Tokyo Central Falcons do the double

Hockey > Central Falcons do the double 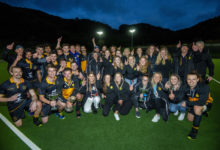 The Dalefield men’s and women’s teams celebrate their championship double. PHOTO/DAVE LINTOTT Preparation key to win The Dalefield women held on to win a shootout thriller and the men went back to back. CHRIS COGDALE reviews an outstanding day for the Dalefield club... read more Dalefield’s destiny in their own hands

Hockey > Dalefield’s destiny in their own hands