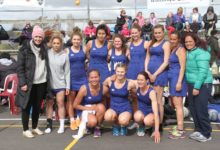 Hats off to Harcourts

Opinion > Hats off to Harcourts Three-peats tricky to get

Opinion > Three-peats tricky to get

Flashback … Red Star’s Alister O’Neill [No 10] tackling Masterton’s Mike Bradnock in a match in 1978. PHOTOS/WAIRARAPA ARCHIVE Rare feat to be celebrated Coggie’s Call How hard is it to win three championships in a row? Very difficult I would suggest. With two... read more 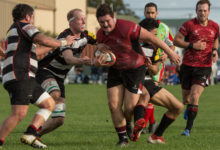 Shouldn’t we have six of the best?

Opinion > Shouldn’t we have six of the best? 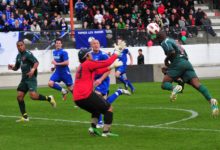 Opinion > Wai-Utd must hold on Wetlands at the Pounui Lagoon . . . there is less than three per cent of the original wetlands still remaining in our region. PHOTO/FILE ALEX PEZZA Climate change is slowly changing our awareness and perceptions of what’s right and what’s acceptable. On one hand, the... read more 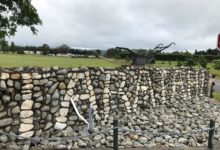 Local News > A failure of government

The demise of Taratahi Institute of Agriculture that has wrecked the lives of more than 1000 students and close to 200 staff is the result of a short-sighted and a cynical politically-motivated decision, OPINION by TINA NIXON. While there has been much talk in the... read more Martinborough’s Tristan Flutey has been a standout player this season. PHOTO/JADE CVETKOV RUGBY JAKE BELESKI jake.beleski@age.co.nz With the Heartland Championship starting this weekend hopes will be high that Wairarapa-Bush can improve on last year’s disappointing... read more 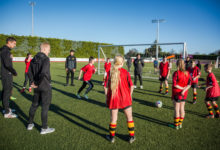 Wellington Phoenix players running drills with local children. PHOTO/JADE CVETKOV JAKE’S TAKE JAKE BELESKI jake.beleski@age.co.nz The football was entertaining, but the events that occurred during halftime of Tuesday’s match between Wairarapa United and the... read more
Next Page »