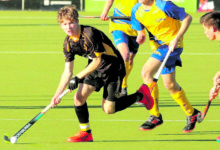 Ollie Bunny playing for Capital at the national U-18 tournament in early July. PHOTO/SUPPLIED A lot of hard work has paid off for Wairarapa College student Ollie Bunny. He has been selected in the 35-strong national Under-18 men’s squad. The squad will assemble for a... read more 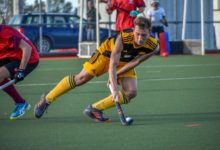 Jordan Cohen on the ball for Dalefield. PHOTOS/JAMES CRAWLEY HOCKEY DALEFIELD 7 HUTT UTD 1 CHRIS COGDALE chris.cogdale@age.co.nz A stunning 7-1 victory over Hutt United has earned Dalefield home advantage and a massive psychological edge for the first round of the... read more Kristy Anderson battles for possession against Karori. PHOTOS/JADE CVETKOV HOCKEY CHRIS COGDALE chris.cogdale@age.co.nz Dalefield have secured their place in the top four of the Wellington Women’s Hockey Premiership. A depleted side, missing several players at the... read more 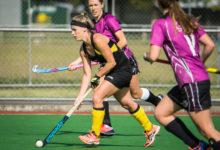 Dalefield come away with draw

Hockey > Dalefield come away with draw

Katherine van Woerkom … scored Dalefield’s only goal. PHOTO/FILE HOCKEY CHRIS COGDALE chris.cogdale@age.co.nz Despite having to settle for a 1-1 draw with Kapiti in the latest round of the Wellington women’s Premier Championship, Dalefield coach Michael O’Connor was... read more 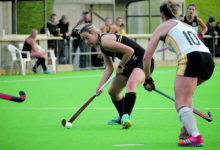 Chloe Fredericksen had a solid game on attack for Dalefield. PHOTO/SUPPLIED HOCKEY CHRIS COGDALE chris.cogdale@age.co.nz A hat trick to 16-year-old Abby Crawley in the first quarter set up a thrilling 4-3 win for Dalefield over the powerful Harbour City side in the... read more 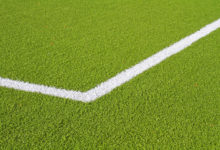 PHOTO/STOCK.ADOBE.COM WEEKEND LOCAL SPORT ROUNDUP FOOTBALL Douglas Villa Magpies made no race of their top of Division One clash with Masterton TJ Plastering Athletic, running away with a 6-2 victory on the weekend. The win was the Magpies’ second of the season over... read more
« Previous Page
Next Page »