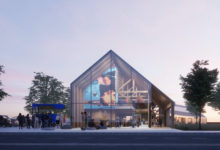 An artist impression of Masterton’s civic centre. IMAGE/WARREN AND MAHONEY   EMILY IRELAND Emily.ireland@age.co.nz   The ball is rolling on Masterton District Council’s $30 million civic facility. At 5pm on Monday, the council put out a request for... read more 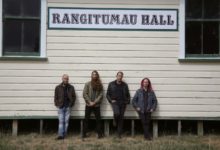 After touring New Zealand, Masterton cinematic rock band Pencarrow will be taking the the stage tonight at the Rangitmau Hall. The rural Masterton venue will be a homecoming of sorts as the ninth leg of the band’s national 10-show tour. The show will bring to life... read more
Next Page »