EMILY IRELAND emily.ireland@age.co.nz Ron Mark didn’t plan to run for Carterton’s mayoralty. But with residents and ratepayers knocking on his door asking him to put his hat in the ring, he was more than happy to do so, becoming the only person running... read more

Work is starting on the construction of three new roundabouts

Carterton > Work is starting on the construction of three new roundabouts

Finally, some relief for Carterton

Carterton > Finally, some relief for Carterton 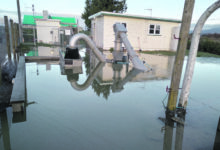 Emily Ireland emily.ireland@age.co.nz Carterton residents may need to let the yellow mellow while the council waits for floodwaters to subside at the town’s wastewater treatment plant. After days of heavy rain this week, surface water remains in pockets... read more 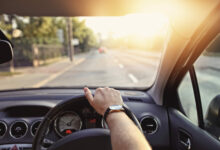 Devil in the detail: No driver’s licence for driver

Carterton > Devil in the detail: No driver’s licence for driver

GEORGE SHIERS george.shiers@age.co.nz A Gladstone man who drives but who has not held a valid driver’s licence for 23 years because he believes the digital photo, signature and bar code are the “mark of the beast” has failed to get the Human Rights Tribunal to... read more 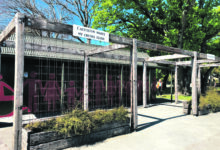 Midwinter dip has residents dipping into their pockets

Carterton > Midwinter dip has residents dipping into their pockets

Swimmers gathered after their dip to cook marshmallows on bonfires. PHOTOS/GRACE PRIOR GRACE PRIOR grace.prior@age.co.nz Carterton community members gathered on the banks of the Ruamahanga River on Sunday for a brisk midwinter dip to raise funds for the town’s indoor... read more Despite strengthening work and demolitions across the region, the number of earthquake-prone buildings in Wairarapa has increased since the Ministry of Business, Innovation, and Employment [MBIE] made its register public last year. There were currently 86... read more
Next Page »