Four of Wairarapa’s promising young hockey players have been recognised at national level. 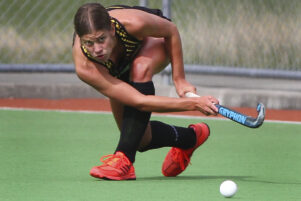 Wairarapa College’s Amy Bunny, and St Matthew’s Kianna Dawson, who will both play for Farriers Dalefield in the Wellington women’s premier hockey final on Saturday, have been named to attend national Under-18 training camps.

The Under-18 national programme is part of Hockey NZ’s Performance Network and the first step in identifying players for future national representation.

The programme will involve a series of training camps, with a long-term goal of preparing players for the Under-21 sides, New Zealand’s youngest grade competing internationally.

Bermingham has played for many Wairarapa representative age group teams and is a key player and vice-captain of the St Matthew’s First XI, who compete in the Manawatu-based Intercity secondary schools competition. 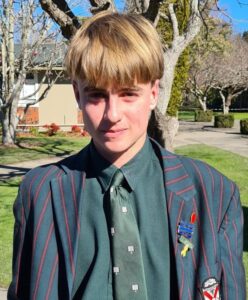 Bermingham, who also umpires and coaches hockey, said the scholarship is a boost to her confidence.

“I didn’t believe I was capable of being recognised by such a prestigious foundation.

“I’m super grateful to have this opportunity, and the benefits have already relieved the stress from my family and I.”

Register is a very passionate young player and umpire.

He spends a lot of time at Clareville and has become more involved in umpiring over the past two years, controlling two to four games every week, including college and adult club games.

The scholarship would let him continue to travel within the North Island for school and representative hockey tournaments and continue with his hockey umpiring, Register said.