Martinborough businesswoman Dudley-Anne Hill with the UV system she had installed at her cafe, Neighbourhood Coffee, after the February E.coli contamination scare. PHOTO/HAYLEY GASTMEIER

Martinborough’s community leaders are in disbelief and want answers after the town was hit with E.coli contamination for a second time this year.

At least two Martinborough businesses have taken water treatment into their own hands as a result, and proprietors say they are concerned the town’s reputation is being tarnished.

A boil water notice was issued by the South Wairarapa District Council at 6pm last Tuesday night after positive results for bacteria at the reservoirs and a testing site at Shooting Butts Rd.

The council says the water supply network surrounding the sites has since been chlorinated and more tests have been carried out.

This comes after a damning report found regular non-compliance from the council in meeting Drinking Water Standards for New Zealand.

The report, written by expert water consultancy Lutra, was commissioned in the wake of a three-week boil water notice for the town in February, with a malfunction at the UV treatment plant pin-pointed as the likely source of contamination.

Since then a multitude of experts have been assisting the council in safeguarding its Martinborough water supply.

So, community leaders are now scratching their heads asking how another contamination event has occurred.

Martinborough councillor Pip Maynard said, “I’m angry this has happened a second time to my community, and 24-hours prior to this being advised, we were sitting in a public meeting for the Martinborough community hearing from experts from around the Wellington region about what measures had been put in place to make our water safe.

“I want to know how this new event occurred under the watch of this expert panel of specialist water advisers who were overseeing our water system.”

Maynard said she now had “serious concerns” over the council’s ability to oversee its own water supplies.

Martinborough businesswoman Dudley-Anne Hill, of Neighbourhood Coffee, said the first contamination had resulted in her spending about $10,000.

She didn’t want to take any more chances so she, along with Kitchener’s Cafe, had UV filter systems installed.

This means Hill’s business is relatively unaffected by this latest event, however she has serious concerns about how the contamination will affect the town’s image.

“It’s impacted the brand of our community that we work hard to uphold.

“Something like this brings it down and it’s hard to rebuild.”

He said if people suffered food poisoning from a restaurant it would simply be shut down, yet he questioned how the council was being held to account for risking its constituents’ health.

The ordeal was stressful for staff as well, Newell said, having to be bearers of bad news to customers.

Marty Davis, who owns The Wine Bank, summed up the ordeal as “gross incompetence” of the council.

Martinborough Community Board chairwoman Lisa Cornelissen said this second event was of huge concern to all residents, particularly the vulnerable.

“There’s a sense of disbelief that it could happen again.

“Having said that, we have a strong community and people will pull together to help those that need it.”

She said council staff were doing all they could to resolve the issue.

“I’d ask people to let them get on with it and not to take out their frustrations on the front-line team.”

“From a business perspective, we’re hugely frustrated, particularly coming up to school holidays and Easter, our last big push before the season slows down.”

She also had concerns around the effect on Martinborough’s reputation. 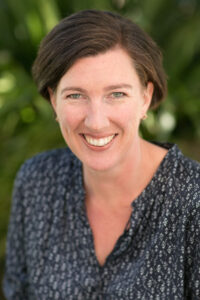 Martinborough School board of trustees’ chairwoman Kirsty Shepherd said the council had done a good job of getting the news out to the public.

“I think it’s incredibly unfortunate that this has happened again, but at the meeting they did say that no water supply is free from risk.”

She said the council was lucky there were no associated illnesses or deaths to date, and the town deserved answers.

Councillor Pam Colenso said she was devastated and sorry that a second incident had occurred.

“I’m sad because it effects so many people, especially the vulnerable, but officers and staff are working so hard to find the cause and to correct it.”

She said it was good that the council had fast-tracked the installation of a manganese removal plant which would give the council the opportunity to chlorinate if required in future.

Councillor Ross Vickery said clearly the council did not have adequate resourcing or knowledge to manage the three waters [drinking, storm, and waste] in its district.

“[This incident] underlines that we need more expertise in this space.”

He said a shareholding partnership with Wellington Water could be the answer.

Water bladders providing safe water have been installed at Martinborough School, the rugby club and golf club, the Town Square, and the Waihinga Centre.