An answer to the dwindling value of wool An exciting project is underway at Wairere Rams as the team develops a new breed of sheep without wool.

However, its value had been declining for many years, costing today’s farmers more time and money to produce than it was worth.

“If you go back to the late 80s, wool probably comprised up to 50-60 per cent or more of a sheep farmer’s income,” Buckley said.

“Today, most sheep farmers would say it’s costing more to produce than what we’re receiving for it.”

Looking to the future, the team at Wairere began working on a solution to the industry’s problem: hair sheep.

“There hasn’t been a good alternative,” Buckley said.

“The only alternatives were a change in land use or farming more cattle, and that’s why our sheep numbers have gone down.

“About 4000 sheep every day for 35 years have disappeared from New Zealand.”

Buckley said if sheep numbers continued on the downward trend, there wouldn’t be any left in another 35-40 years.

“New Zealand sheep farmers still believe in wool, the belief that it is a valuable product and value will recover in real terms. People have been hoping that for a long time, and it hasn’t happened.”

He said competitive prices of synthetic products contributed to the drop in value of wool.

Despite an “over-supply and under-demand” when it came to wool, farmers still needed to shear their sheep, meaning it was still being produced and at risk of “going to waste”.

“Farmers have become increasingly disillusioned with the net returns from wool. Costs keep going up and income keeps going down.

“One of our aims is to provide what people in the future will need.”

Buckley said the Wairere business had a farm in the United Kingdom which provided the genetics to produce hair sheep and decided to bring the breed to New Zealand.

He said the company aimed to supply sheep with no wool to avoid shearing and maintenance costs, but sheep that shed naturally or didn’t shed at all were nothing new.

“It’s the intervention of people that has developed sheep the way they are,” he said.

“They grow wool all over, and it has to be mechanically removed. Going back in history, sheep shed their wool because it becomes a risk to them if it just keeps growing.”

He said the artificial insemination of ewes and transfer of transplanting embryos was not natural, but it was a way Wairere Rams could fast-track the process.

After identifying genetics that would cope in New Zealand, the transfer from the UK began in September 2021.

Over 1000 sheep were inseminated, and their lambs would arrive in spring.

In the meantime, the team at Wairere was “waiting with bated breath”, hoping to offer Kiwi farmers ram hoggets for mating in a year.

“People come in our gate because they trust us. We want to be able to supply whatever they want.

“We think with the importation of hair sheep and developing sheep that don’t grow any wool and are well-adapted to New Zealand conditions and farming systems, we can provide a logical alternative.

“This could be the best thing that ever happened to wool.”

After several years of research, the genetics deemed suitable for local conditions were transported to New Zealand, and the artificial insemination process began on-site at Wairere.

Until the sheep reproduced, the results were yet to be seen, and the team was anxious to see how successful their work had been.

Alongside the new breed, Wairere Rams would continue to produce sheep with wool.

“We will be producing lots of sheep with lots of wool, but as a sheep genetic supplier, if we don’t supply these sheep that we think people will want, they’ll go elsewhere,” Buckley said.

“This is just a small part of our total genetics supply, but it will provide an alternative to those who feel they want to move away from wool and the costs associated with farming it.”

Buckley said pursuing the new breed came with challenges – some of which they had perhaps not thought of yet – but they would overcome and address them as best they could.

“If you do the same thing forever, you’re going to go out of business. Having the ability to innovate and change what you’re doing is essential for any business.” 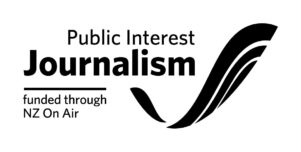