A Mainlander by birth, she is looking to move back to Otago soon to be closer to her family.

As a mother, teacher, councillor, community board member, and volunteer for many services, she was recognised by South Wairarapa District Council earlier this year with a Civic Award for community service.

The Red Cross, Meals on Wheels, Rose and Flower Show, University of the Third Age and Martinborough Music Festival are just a few of the causes she has been happy to help with.

Her long-standing hobby as a “plawker” – a slower paced “plogger” or litter picker – is just another service she provides to the town she has called home for the past four decades.

She said her commitment to service comes from her mother.

“[Mum] said to leave the world a better place than you find it and have a positive influence on everyone you meet – like spreading fairy dust or sunshine!”

She has seen many changes and has been the catalyst for many more. 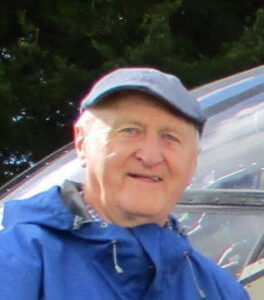 Finding out he would be receiving a local hero medal came as a shock to search and rescue stalwart Sam Milligan.

After having a bad morning, he received a message to call back a number and the answer “made his day”.

“I was completely blown away,” Milligan said.

He then showed his wife the email and they were both “really chuffed”.

He said he was humbled that he was nominated and even more humbled to receive a medal.

He still has no idea who nominated him, but whoever did had a lot of information.

The woman on the phone told him about some of the many rescues he had been a part of over the past 52 years he has been volunteering for Wairarapa Search and Rescue, he said.

He is looking forward to receiving his medal and he will be joined by a couple of his family members at the awards ceremony. Masterton Young Citizens Boxing Club’s Daniel Miller has gone from amateur to pro, to training the next generation.

Miller boxed as an amateur from age 10 through to 22, and won five years of national titles, as well as bronze at the Oceania games and seven golden gloves.

“I managed to get ranked second in the country, but then decided that I was going to get engaged with my wife and start a family, so I decided to give the boxing up a little bit.

“I took a few years away, then my old boxing coach got in touch. “I think he was about 72 when he decided enough was enough and he was looking for somebody to take over.”

Miller has been back at the gym for the past six to seven years and has taken over the running of it for the past two.

Since then, he and the team at the gym have taken young boxers to tournaments across the country, and helped shy kids find confidence and “troubled kids” find focus.

“I guess I’m thankful I got this award but in the long run it’s a team award because I couldn’t do it without all the other people around me helping.” 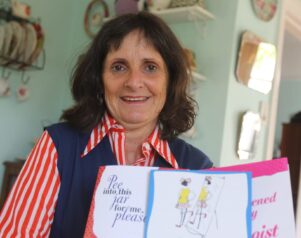 Carterton woman Shona Daube uses her words and humour to help others dealing with chronic illnesses.

Daube, who was diagnosed with multiple sclerosis in 2015 wrote her first book – A Funny Thing Happened on the Way to the Neurologist – a year later.

Daube said her way of dealing with difficult things was to make them funny.

“In my second book Does My Bum Look Big With This Stick?, it wasn’t so much specifically people with multiple sclerosis, it was about anyone who has a chronic illness or disability.

“There’s all sorts of scenarios which could be embarrassing. But I turn them into a funny scenario.

“I don’t want to offend anyone, so I always make me the focus of the book.

“So, whatever I’m poking fun at is happening to me.”

Daube is publishing her third book in February next year – it’s about being in hospital and how funny that can be.

The layout and printing of her books is carried out at Remutaka Prison and all profits from the sale of her books are used to provide free copies to chronic illness groups.

She said it had been “just so exciting” to receive the phone call telling her she’d won the Local Hero award. Sahana is actively involved in the community through her position as a social worker at Oranga Tamariki.

“The focus of my work is to promote the well-being of children and support them and their whanau to reach their full potential.”

She was shocked when she found out about her nomination.

“I am excited but feel that everybody at my site deserves to receive this award.”

She had no idea who nominated her for this award, but said she was lucky enough to know what the nomination said.

“It was super sweet and brought me to tears.

“I was nominated for my passion and dedication to our tamariki and my resilience in the face of all the challenges these past couple years have thrown at me.” 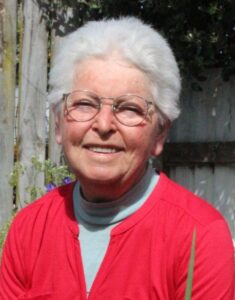 Fresh from returning from the Women of Influence Awards where she was a special guest, Carterton woman Helen Dew has also been named as a Local Hero Medal recipient.

The award recognises close to 30 years of advocating for local currency systems and helping to establish the Wairarapa Green Dollar Exchange.

“I had a sense that it was something more. This was a game-changer.”

While New Zealand loses millions of dollars in interest to overseas banks, local currency systems like Green Dollar and Timebank, don’t have interest components as the currency is generated through the transaction itself, she said.

“It’s not just about getting one thing for another.

Such systems make for more resilient communities as connections increase, she said.

She said the award wasn’t about her, but it provided her the opportunity and platform to share her ideas.

“If I could, I’d be out in the garden eight days a week,” she said with a laugh. 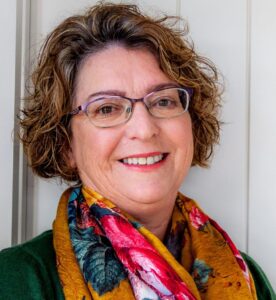 Masterton’s Sandy Ryan is a community champion already recognised nationally for her voluntary sector work and with a Masterton District Council civic award.

But she couldn’t believe it when she got the news she was also a local hero.

“I was so shocked and have no idea who nominated me. It is lovely and I am really looking forward to the awards in Palmerston North.

She is a local hero with an abundance of ideas and energy for her community.

Ryan is a founder of the King Street Resource Centre, a key driver of the Lansdowne Residents’ Association that developed the Lansdowne trails, mobile libraries, and has planted thousands of native plants.

She was involved with the purchase and establishment of the Wairarapa Community Centre in Perry St, and served on its committee.

She has just started her first term as a Masterton district councillor and her third term on the Masterton Trust Lands Trust.

“I am humbled, and I will definitely keep going, it is my passion and in Masterton we can really make a difference to make it a wonderful place to live.”