Giving school athletes exposure at a higher level was the main aim for the Wairarapa contingent at the North Island Secondary School Athletics Championships over the weekend.

Fifty-six athletes from seven Wairarapa secondary schools headed to Hamilton for three days of competition, and for many this was their first chance to compete at a level above local events.

“A lot of these athletes are just school athletes, they’re not the kids who come through the athletics system, and they only do athletics at school,” organiser Theresa Bartlett from Athletics Wairarapa said.

“So many of these kids have never gone any further than regionals, and may not have made it to regionals before, so we had a lot of first-time athletics, which is what we wanted.”

For the first time in several years, they included an athlete from Makoura College – Trinity Savaliga, who competed in the intermediate throwing events. 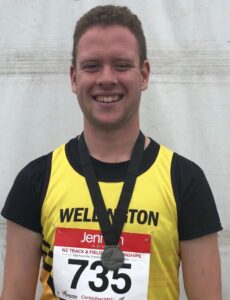 Wairarapa athletes returned with nine medals, including four gold medals, three to para-athlete Josh Taylor, in the T/F20 200m and 400m, and the senior para 400m.

Bartlett said Smith’s effort was typical of the commitment shown by the athletes.

“Kahu came back from the Chatham Islands. He had a tangi over there where he lives and he came back specifically to compete, and this was his first ever big meet.”

Many of the athletes returned with personal bests, and better for their first taste of competition at a higher level, an outcome which pleased Bartlett.

“They didn’t come first or place in their races, but their PBs were outstanding. One of the girls dropped off 20 seconds off her PB.

“A lot of the kids came away with what we wanted, a really good experience, good exposure competing against kids who might head to the Olympics one day, and club athletes who train and train and train.

“Some of these kids have had a few trainings, some of them have just started athletics and are not with a club, and we have a lot of kids who crossover from other sports, but there were also kids there who don’t even do sports, but they found their little niche.”

Bartlett said there was tremendous camaraderie among the athletes, and that was helped by being one of the few provinces that travelled to the championships as a group.

“We all stayed together as a group, and we wanted to give the kids the experience of a big meet and I think they had a really good time.”