Going one better and winning the league.

That’s the goal for coach Paul Ifill as he prepares the Tumu ITM Wairarapa United Women’s team for the opening game of the W-League today away to defending champions Wellington United Diamonds.

In his third season of coaching the side, Ifill is confident his team can improve on two runner-up finishes over the past two seasons. “Two years ago, we finished second I think by about seven or eight points behind Wellington.

“We felt last year that we were the best team in the league, but ultimately the league table didn’t show that and fair play to Wellington they were champions.

“But it was disappointing and we’ve talked about it and I think we’re well placed to go one better.”

Ifill has added some useful acquisitions to the squad, including striker Sam White, formerly with Wellington United, and Kennedy Bryant, a midfielder who has previously played for Upper Hutt City.

Gorgi van Lienen, a midfielder-defender who played for Wairarapa United in 2018, and midfielders Dani Turton and Flo MacIntyre have also returned from their American universities for at least the first part of the season.

“We could lose all three at some point, but we don’t know what the travel restrictions are going to look like,” Ifill said.

“Most will be going back at the end of July if they’re allowed. If they can’t, we might have them for a bit longer, but we’ll have to make sure we have a big enough squad to deal with that when
that does arrive.” 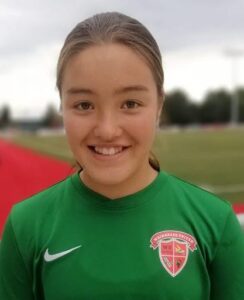 Overall, the squad is similar to last year’s line-up, based around promising young players, including New Zealand Under-17 international Nina Kondo and Tui Dugan, along with the vastly experienced Meisha Boone.

Ifill predicted this year’s eight-team league would be a lot more competitive.

“I thought probably three teams – us, Wellington, and Western Suburbs, but Petone beat Welly at the weekend.

“I don’t know too much about Petone, but they’ve been getting better and better over the past couple of years, and they’ve signed a few. They could be in the mix, and obviously Palmerston North Marist who have been good over the last couple of years as well.

“It would be nice if there are a few more teams really scrapping it out. It’s definitely good for the competition.”

United wrapped up their pre-season preparation last Saturday with a 2-1 win over Western Suburbs, and Ifill expected today’s game against Diamonds to be another step up.

“It would’ve been nice to get a few different games in to get ourselves ready for that sort of game, but it’s not to be, and to be fair they will be looking at us and saying we could’ve had an easier draw than that.

“We’re pretty well matched and I expect it to be another good game.”

The game kicks off at Newtown Park today at 12.45pm.