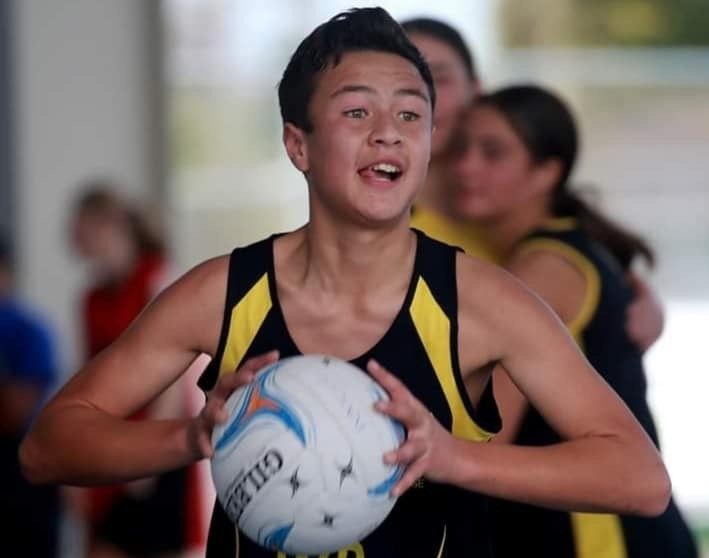 Eight years later, the Wairarapa College student has been named in the national men’s Under-20 team to play at the 2020 world championships in Perth, Western Australia.

Vyktah’s selection has caused a bit of a stir and has attracted the attention of television.

Vyktah, the youngest player in the team, was interviewed for the TVNZ ‘Seven Sharp’ current affairs show, which aired last week.

The 13-year-old was named in an initial squad for the world championships several months ago, but his place in the 12-strong team was only recently confirmed.

Vyktah came to the attention of the national selectors through his solid performances for the Wellington Under-23 men’s team in the national league.

Vyktah said he was “pretty excited” about his selection.

“It was good, I had been playing well for Wellington in the national league and I’m now in the playing 12, so I’ll keep working hard.”

Vyktah is sure to play a prominent role in the team. He normally plays in one of two of the most demanding positions.

“I can play centre or wing attack, but I prefer to play wing attack.”

He said he wasn’t daunted about playing against older players, as he had done so throughout his playing career.

Vyktah played for the Wairarapa College junior A side that competed in this year’s Wairarapa premier two championship.

He took up the sport when he saw his parents, Jacqueline ‘Jax’ Ropiha and Himiona Tamihana, playing at the former indoor sports centre in Ngaumutawa Rd.

“It was just that my parents were playing indoor netball and it looked like fun, so I started playing.”

Vyktah said he had no desire to play traditional boys’ sports such as rugby or football.

In 2020, Vyktah will compete in the Wairarapa competition, as well as the national Under-23 men’s league in preparation for the Under-20 world championships in October.