Wairarapa United women’s skipper Tui Dugan is in a battle to keep playing the game she loves, writes CHRIS COGDALE.

Tui Dugan leaves nothing on the field and has been a lead-by-example captain to her Tumu ITM Wairarapa United teammates.

However, the energy Dugan exudes on the pitch comes at a cost.

The talented 18-year-old has been diagnosed with RED-S [Relative Energy Deficiency in Sport], a syndrome where an athlete’s health is impaired by a mismatch between energy intake from diet and the energy used in exercise.

“It basically means I’m not getting enough food for my output, and my body is not keeping up with that,” Dugan said.

“A big thing for me is how hard you work, and it’s been a struggle for me because I like to just go, go, go, and I think where I’ve got to is what I’ve worked for rather than talent.

“Over the few years since I’ve thought it’s up to me to go above and beyond it has happened. I push myself too hard, but I’m addicted to it, and it’s a bit of a cycle I’m in. My mental health is good when I’m pushing hard, but my physical health isn’t great.” 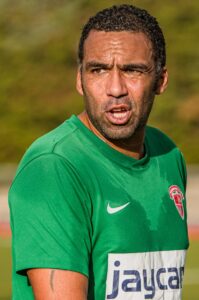 Dugan’s battle with RED-S came as a surprise to her Wairarapa United coach Paul Ifill, who has worked with her since he moved to Wairarapa in 2015.

“It’s very interesting but it doesn’t surprise me though,” Ifill said,

“If it’s just work ethic, she often does more than her body should allow her because her mind is so strong. I didn’t even know that was a thing, but for her to have it doesn’t surprise me.”

Dugan, who this year qualified as a personal trainer, is working with specialists at High Performance Sport NZ to help overcome RED-S.

Dugan played her last game for Wairarapa United in the 1-2 loss to Petone earlier this month, resulting in the mid-table finish in the W-League, which she said was not a true reflection of the team’s ability.

United shared the lead in the competition with Palmerston North Marist, until a run of four consecutive losses ruined their season.

“That kind of hit us all at once. We were playing some good football at times, but the results weren’t coming for us in that period. That really set us back, and then the last game of the season didn’t go our way, and we ended up coming fourth, which we weren’t too happy with since we were looking
like a prominent team.”

Dugan said the W-League was the most competitive it had been in the four years she had played in it, and any one of four teams could have won the championship.

Football has been Dugan’s life since she started kicking a ball with dad Niels and older brother Casper when she was two or three years old and then joined her first team at the age of five.

Having gone through Ifill’s academy and finished with Wairarapa United, she is now taking her next step with the Phoenix Academy.

Her initial goal is to make the New Zealand Under-20 women’s team for the World Cup Oceania qualifiers. Then, the World Cup in Costa Rica.

“They’ve had to jam it all into one year because of covid-19, so it’s a big year coming up for me next year football-wise.

“If I put my head down and work hard, I think I’ve definitely got a good chance, but sadly NZ Football is quite political, so it depends on what I decide to do with club football next year.

“I’m kind of looking back into US scholarship situations just so I can get my study out of the way. Alternatively, I’ll probably go overseas straight to professional football.”

An American university scholarship is realistic for Dugan who has US citizenship. She was born in New Mexico to her American father Niels and Kiwi mother Kirsten.

“It’s advantageous because I’ve got lots of family over there, and I’m relatively cheap to universities because I can get in-state tuition and all that.

“I signed with an agency to go to the US in Year 9, so that was always the plan for this year.

“I was meant to leave, but things changed for me, and I had a shift in mindset, but I’m kind of opening back up to the idea now of getting back in contact with my agent.”

A carrot for Dugan to stay in New Zealand in 2022 is the potential of the Wellington Phoenix joining the Australian W-League, although with only 11 places in the squad open to Kiwis, she said it would be very competitive and difficult to get a contract.

Whatever route Dugan chooses, Ifill said she has the right attributes to achieve at the highest level.

“if it was just down to work ethic, I think she can go as far as she wants to go.

“She’s so determined, and sometimes she has to work a little less hard and a little smarter, but she will just give everything no matter what,” said Ifill.

“She’s so fit and very versatile, and that will stand her in good stead moving forward. She can do pretty much anything, she’s very two-footed, and she’s quite slight but very strong, and has good vision.

“The sky’s the limit really, and I’m hoping she can go on and represent New Zealand.”

Ifill said a big part of Dugan’s development comes from him handing her the Wairarapa United captaincy as a 17-year-old.

“It was probably a bit early but I did see good leadership qualities in her, and it took a while to get there. “But she led by example and didn’t say much in that first year. Certainly this year, she’s had more of a say around the squad.

“She’d call me and discuss tactical things and how we can be better, and is happy to take the feedback on as well if I don’t agree with her, so it’s a decent relationship.”

The respect between the two is mutual, and Dugan was full of praise for her long-time mentor.

“He’s been way too good to me and I definitely wouldn’t be anywhere near where I am today without him.

“He’s part of the reason why I have been in Wairarapa for so long, and I think if he wasn’t here, I would have probably transferred to a Wellington college just to be around better football.

“Since he’s been here, the level of football has dramatically increased.

“He’s brought so much to the community and does more than what he’s asked to.”

As for Dugan’s highlight in her four years at Wairarapa United, last year’s 2-0 win over Waterside-Karori in the Kelly Cup takes pride of place.

“The team was very connected at that time, and it was quite an emotional finish to the season after quite a tough battle.”