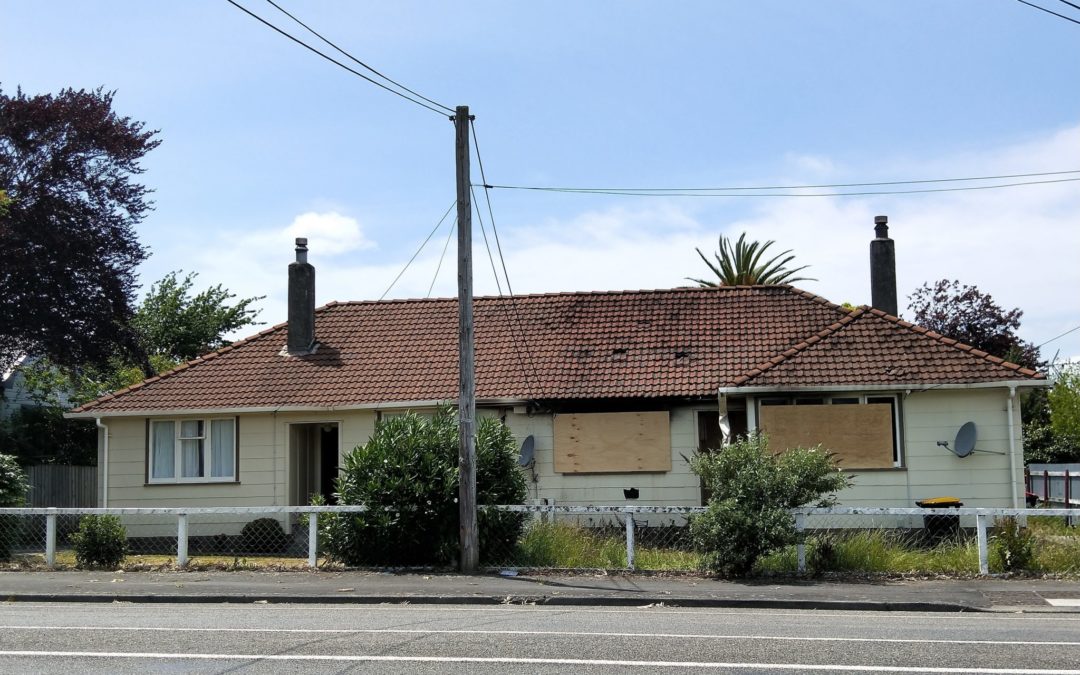 One half of this two-dwelling home in Masterton was badly damaged in a fire. PHOTO/GIANINA SCHWANECKE

A house fire in an attached two-dwelling Trust House Ltd property in Lansdowne forced a Masterton family to find alternative accommodation arrangements over the weekend.

Fire and emergency services responded to the blaze on Opaki Rd shortly after 10.20pm on Friday.

Masterton Fire Brigade station officer Richard King described it as a “significant fire” and said the property where the fire started had been “extensively damaged”.

Four fire appliances attended, including one from Carterton, and fire crew remained throughout the night to monitor the site.

King said it was a timely reminder of the importance of checking smoke alarms and being vigilant with regard to neighbouring property.

The tenant in the unit which caught fire was believed to be in the South Island at the time.

The family in the adjoining unit, which received minimal damage, had been put up in another Solway property, Trust House chief executive Allan Pollard said.

“I don’t think there was much damage [to the adjoining unit], but we’ll just try and get the house up and running as soon as we can,” he said.

The cause of the fire is being investigated by Fire Safety.