One of the gargoyles that was taken by thieves. PHOTO/SUPPLIED

Masterton resident Daniel Nel said he was left “shocked and in a state of disbelief” at the theft of two large stone gargoyles from his Lansdowne property on Saturday night. 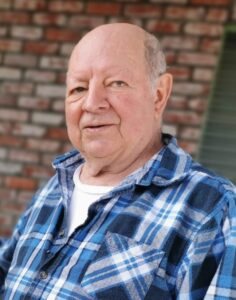 Nel, who celebrated his 75th birthday yesterday, is a relatively new resident, having lived in Masterton for about a year – he fell in love with the town during a trip from Australia and decided to stay permanently.

The heavily-muscled gargoyles, made of solid concrete, were stolen from his Tankersley St property when he was out of the house.

When he returned, he saw the gargoyles had vanished, and later traced their path out of the garden, after reporting the unusual crime to the police.

He noticed some scraping on the top of his low gate post, where he said the thieves must have hauled the weighty objects over the perimeter.

Nel has owned the gargoyles for more than 11 years and said they had considerable sentimental value for him, having stood proudly at his residences in Sydney, then Gympie in Queensland, and finally Masterton.

“They’re very precious to me … with a lot of memories.”

Masterton residents were encouraged to be on the lookout for the large, imposing gargoyles, and to report sightings to the police.