From 11.59pm on April 18, New Zealanders and Australians can travel across the ditch with no requirement to stay in managed isolation upon their return. Reporters TOM TAYLOR and JOHN LAZO-RON get a gauge on how the transtasman bubble will impact Wairarapa.

Ardern said that many people in both Australia and New Zealand had made significant sacrifices in not being able to see family and friends during the pandemic.

The travel bubble would be a co-ordinated effort between the two countries, with officials working closely together.

However, Ardern cautioned travellers, “It will not be what it was pre-covid.”

Anyone undertaking travel on either side of the Tasman would need to operate on a “flyer beware” basis, keeping in mind that any new outbreak could disrupt travel plans.

“Everyone’s cautiously optimistic,” House of Travel Masterton owner Sam Hepburn said ahead of the announcement. “Australia has always been our bread and butter.”

Hepburn said that several people had visited the store early Tuesday morning to say they would be back after the 4pm announcement. He also had a list of people who had shown interest in travelling to Australia as soon as the bubble opened.

“People are just desperate to get away, which is understandable.”

Hepburn said that the elimination of quarantine requirements would cut down much of the workload his team presently managed with customers travelling to and from Australia.

“When they get the bubble up and running, when someone comes and asks for a flight to Melbourne, it should be pretty straightforward.”

However, he expected the travel agency to be kept busy with an initial flood of customers after the announcement.

A Flight Centre Masterton representative also anticipated that people would be flocking to the store this morning.

Destination Wairarapa general manager Anna Nielson said that the bubble was likely to benefit the region.

“We’ve done exceptionally well over the last few months,” Nielson said. “We’ve had great numbers coming through and our operators are definitely ready.

“They have been working at almost capacity for some time now, so I have every faith that the region and all the operators here have the capability to be ready for whoever arrives.”

Nielson expected many of the early arrivals from Australia would be visiting their friends and family. However, she said that these visitors would behave like regular tourists.

Nielson said that the past 12 months had proven Wairarapa could hold its own against traditional tourist hotspots like Queenstown.

“There is something for everyone, whether they’re out to the beaches, up in the ranges tramping or hiking, visiting the wineries, or staying in the little boutique town of Greytown.”

South Wairarapa mayor Alex Beijen said it was impossible to predict which parts of the country would benefit most from an influx of Australian tourists. However, he expected the initial impact to be felt more by larger tourist destinations.

Beijen said he favoured a cautious approach to the pandemic and would have preferred the bubble to open when a larger percentage of both countries were vaccinated.

“Covid is still there. It’s still popping up, and we haven’t vaccinated much of the country at the moment.”

However, he said he respected the Government’s judgment.

“The Government is the one with all the stats and figures at hand, therefore I’m comfortable with what they decide.”

According to the Ministry of Health’s vaccination plan, covid-19 vaccinations would not be offered to the general population until July. High-risk frontline workers, border and managed isolation and quarantine [MIQ] workers, and their families, could already access the vaccination.

As of Tuesday afternoon, Air New Zealand had three flights from Wellington to Melbourne on April 19, the first full day of the transtasman bubble.

Locals not packing bags just yet

Quarantine-free travel to Australia may be about to start, but Wairarapa people aren’t jumping at the opportunity to head across the ditch, according to an online poll conducted by the Times-Age.

Five hundred and eighty-three votes were placed asking people if they intended to jump on a plane once the transtasman bubble was given the green light.

Results found 23 per cent were keen to pack their bags and head on over as soon as possible, while 73 per cent said they were planning to stay put.

Comments made on the poll showed people worried about getting stuck in Australia if a sudden outbreak took place; while others gearing to go, cited not having seen family members for more than a year as the reason they were more than happy to make the trip across the Tasman. 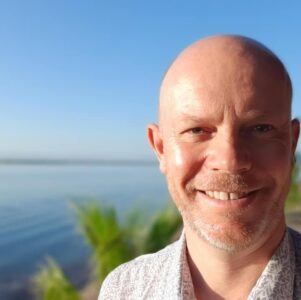 Former Greytown resident Bruce Dale is one “happy” Australian who intends to take advantage of the new travel freedom.

Dale, who lives in Darwin, Northern Territory, said before covid he would travel to New Zealand three to four times a year to visit his family who live in Masterton.

Like for most, not being able to see his family was tough.

“It’s been challenging,” he said.

“When you’re at my age and your folks are getting on, you become more aware of the passing of time.

“Every day begins to count, and you start to value the time you could be spending with family. When that time is taken from you, it’s tough.

“Just like for any family who’s been apart during this time [the pandemic], we’re not alone in this situation.”

With the travel bubble now only two weeks away, Dale said he and his family have already been mustering plans to come together at some point.

“We’ll be deciding what we’ll do as a family fairly soon. We’ve already scoped a few things out. I think the big decision – rather than health and vaccination – would be where the weather is nicer,” said Dale.

“Here in the NT, it’s tropical and summery, so if everyone is locked up and cold, they might want to come here, but equally we’re open to get on a plane to experience that fine Martinborough wine which would be fantastic.

One Masterton person, who wished to remain anonymous, said they weren’t rushing to get their passport out despite the borders close to reopening and having family in Australia.

The main reason was the fear of getting stuck if covid made its way into Australia’s community again.

“It’s because if we get over there and a big outbreak happens and you get caught out, you’ll have no insurance to cover the cost, so that puts me off.”