Transformed to help others 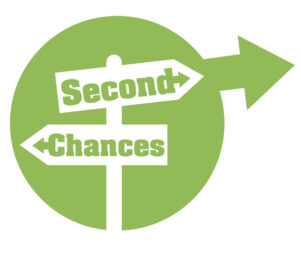 Wayne Poutoa isn’t a stranger to the concept of second chances.

A former Mongrel Mob patchmember turned pastor, he is now helping at-risk youth see a life of purpose ahead of them.

Wayne’s parents moved to New Zealand from Samoa with the dream of providing their children with a great education – “they wanted us to do well in a land in which they were strangers”.

By the time Wayne was 11, his parents’ marriage had broken up – “I was totally devastated by that because family was everything to me”.

He went to jail for the first time in 1980 for assault on a police officer.

“I remember going to Mount Eden prison and man, I was really scared by the characters that were in that space, but I also had these aspirations of, ‘I want to be like them’ – get respect, be staunch, and do all sorts of things.”

After moving to Wellington and subsequently to Porirua, he became a patchmember for the Porirua Mongrel Mob.

“I made some really terrible decisions.

“I was sitting in jail one time and I was just watching my friends come, go, and then come back again to jail.

“Jail can do a couple of things: it can turn you into a career criminal, or you can start to examine yourself and think there needs to be a change.

“I chose the second. But it took me a while.”

When he came out of prison for the last time, Wayne decided to leave the gang.

“At the end of it, I grabbed my daughter who was only a year old.

“When I left the Mob, her mother didn’t want to leave.

“I said, well you stay, I’m going, and I took my daughter and went to an emergency accommodation space – this was about 1986.”

That’s where he met a Christian man who asked Wayne to live with him.

“I was there dressed in red and black . . . I thought, what is wrong with this guy?

Little did Wayne know the release he would feel after becoming Christian himself.

“I was thinking – you are in the Porirua Mongrel Mob – you don’t give your life to the Lord – what are you doing?

“But the need for me to respond was huge.” 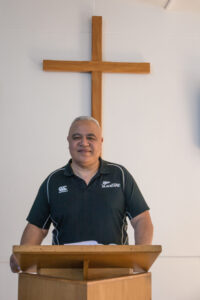 The start of his journey as a Christian was more than 25 years ago, and though it hasn’t all been smooth sailing, Wayne realised through his work with the church, community, and youth initiatives, he was beginning to pay the community back “for some of the things I was in that former life [as a gang member]”.

After being in Ministry for the best part of 11 years at a church in Cannons Creek, he was called to be pastor at Carterton Baptist Church.

He moved to the town with his wife Jennifer and their family in October 2016.

“The only thing I knew about Carterton was Georgina Beyer through the news – I thought, wow, this must be a great town with a whole range of views if Georgina Beyer had ties to here.

“But, I came to this church and there were about eight people, and most were elderly folk.”

Regardless, Wayne said he preached as if there were 5000 people.

“Before we know it, I’m joining initiatives with Youth in Education Training or Employment (YETE) and council, Connecting Communities – it was like being back home.” 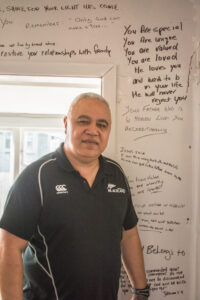 Wayne shares the messages which are written on the walls of the crisis accommodation for youth. PHOTO/JADE CVETKOV

On the premises of Carterton Baptist Church on Broadway St are several buildings including the church itself, a hall where education programmes are run from, the house where Wayne and his wife live, and emergency crisis housing for youth.

“The target population is 16-19, youth at-risk, with little or no qualification at all.” There are currently five youths staying on the premises, but 12 more are on a waiting list.

“We find ourselves at McDonalds at midnight talking to kids – talking them out of hanging themselves,” Wayne said.

“They come to us, stay the night, talk to us, and we do as much as we can for them.”

The interior walls of the crisis accommodation are filled with messages of hope and love – one message says, “You have value. You are worthy. You are loved”.

“They wake up, and no longer do they have to worry about, ‘dad’s going to grab my neck and strangle me’ or that ‘someone is going to sexually abuse me’.

“Here, they are loved and safe – that’s what it’s all about.”

Wayne talks about Maslow’s hierarchy of needs, a theory of motivation in psychology.

The theory follows that to achieve the highest need of self-actualisation, one must first address the bottom tiers: food, clothing, shelter; followed by safety; love and belonging; and esteem.

“We take care of all the practical stuff for the youths.

“From there, they begin to shine again.

“That’s what this is all about – they need that opportunity and we will provide that to the best of our ability.” 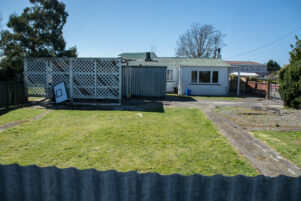 A building on site will be demolished to make way for a container village, if all goes to plan. PHOTO/JADE CVETKOV

Wayne said future plans for the Carterton Baptist Church premises involved establishing a container village where more youth could live and get back on their feet.

Plans for this are being submitted to the Department of Internal Affairs in October for a fund which opens in December.

“When we get this container village up and running, things are going to change.”

There is also a community garden in the making at the Broadway St property, as well as Waiwaste visits. Rotary was looking at doing Meals on Wheels at some point, Wayne said.

Wayne said the concept of second chances for him was about giving people opportunities to make good.

“A lot of people are born equal in respect to physicality, but we’re not born of equal opportunity.

“So, second chances are all about giving that equal opportunity to people who never had a shot.

“Coming from being a gang member was so many years ago.

“I wanted to pay back the community for some of the things I was in that former life.

“I have paid that back well and truly, in spades.

“Right now, my wife and I are doing the things we love, and that is to translate our passion into performance.”