Indications were that there may have been some contact training when the country moves to be Alert Level 2, which is expected to occur some time next week after the government announces their decision on Monday April 11.

However, in New Zealand Rugby guidelines detailed to provincial rugby unions on Friday, only limited training can take place under Alert Level 2.

Wairarapa-Bush chief executive officer Tony Hargood said the guidelines had been distributed to the clubs and they provided clarity about what could and could not be done.

Training can commence where players can maintain a one metre personal bubble, such as team fitness sessions, kicking sessions, and ball skills sessions.

Any group or team training that involves being within one metre of a teammate or coach cannot be undertaken. That includes activities such as touch, Rip Rugby, tackling, scrummaging, contact drills, lineouts, mauling, or breakdown work. 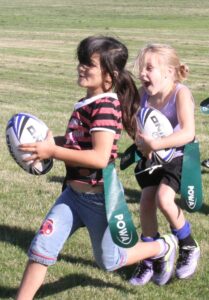 Players must maintain social distancing when training under Level 2.

Balls and cones must be washed before and after training.

The guidelines do allow for in-person game development workshops to be held where Ministry of Health physical distancing guidelines of one metre are adhered to, with a maximum of 100 people indoors and 500 people outdoors.

Contact tracing measures must also be put in place.

Rugby clubrooms and facilities will be allowed to open so long as Ministry of Health guidelines on Health and Safety are met.

“We have some great people working hard to make sure that when we get the green light we’re ready to go.”

“Your local provincial union is focused on helping clubs in any way possible and the club development staff are there to provide advice and assistance should you require it.”

“This season will be challenging for everyone, but I’m sure the rugby whanau of players, referees, supporters, coaches and volunteers will pull together to show the resilience and passion that makes rugby such an important part of our country.”

Hargood indicated Wairarapa-Bush was still aiming for a start of club rugby on the first weekend of July.

That would allow for clubs to have several training sessions and brief pre-season, provided the country progresses quickly from Alert Level 2 to Alert Level 1.

However, secondary school rugby is unlikely to commence until the start of the school term three, after July 20.

Wairarapa College play in the Wellington secondary school premier grade and Rathkeale play in the Central North Island competition, both of which involve significant travel outside Wairarapa.

Hargood said the union was looking at alternatives should those competitions not go ahead in their usual format.