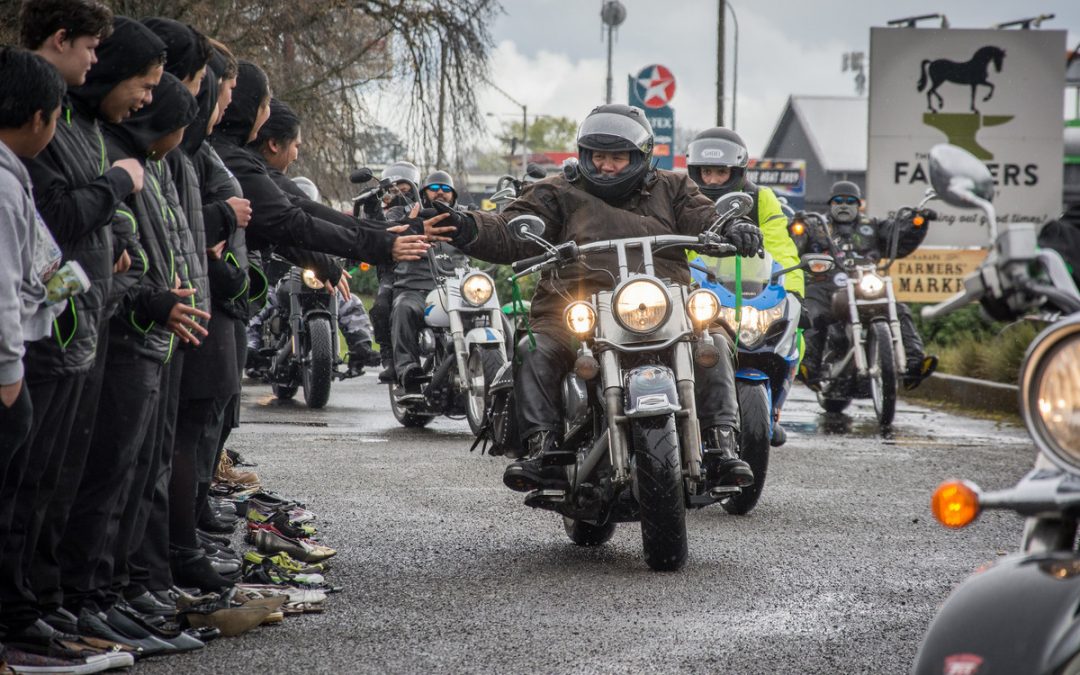 Dry eyes were a rarity at Saturday’s suicide awareness event held in Masterton.

More than 200 motorbikes rumbled into the Farriers car park just after 1pm, each bike manned by a rider against teen suicide.

These riders came from all over New Zealand, from Northland through to Dunedin, to take a stand for suicide awareness in Wairarapa.

Wairarapa has the highest rate of suicides in the country, totalling 12 in 2016/17, according to provisional coronial findings. 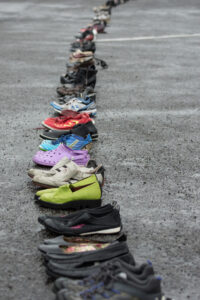 Accompanying the image of leather cladded bikies rolling in were the 606 pairs of shoes lined up around the car park, each one representing a Kiwi who died by suicide in 2016/17.

Carterton mayor John Booth wandered through the line of shoes prior to the bikes arriving, reading the personal stories displayed alongside them about Wairarapa people who had died by suicide.

The tragedy of suicide is familiar to Mr Booth, who said he lost four friends to it within a short timeframe.

“In the span of about eight months we lost so many friends around the country, young to old.

“People just need to look out for each other, be aware of signs, and be prepared to stand up and say something if you need to.

“You’re better off to be rebutted and told to go away than have the worst happen because you didn’t say anything.

Mr Booth said he had some concerns about “the feeling in the rural community here in Wairarapa” now.

“We’ve had very recent cases of [rural] suicides in Wairarapa, and we have terrible statistics regionwide – it’s not good at all.”

As Wairarapa MP Alastair Scott walked through the shoes, he said he was struck by mixed feelings of sadness, but also hope.

“My thoughts today are sort of mixed because here you’ve got evidence of more than 600 people across the country killing themselves.

“That’s really sad, and I’ve got friends who have done that.

“But then you’ve got to look on the bright side of life and see how the community here is striving to make the whole issue of suicide more public; discussing it and talking about it, making sure people are aware that they are responsible to look after themselves but also their neighbours.

“Ask your neighbour how they are feeling, and what’s going on.”

Nigel Fairley, general manager of Mental Health, Addictions and Intellectual Disability Service said the suicide awareness event, which was facilitated by the Too Many Wairarapa campaign was a “fantastic initiative”.

“It’s a sobering thing looking at the 606 pairs of shoes…very sobering.” 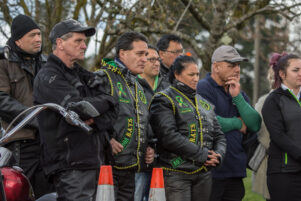 Masterton mayor Lyn Patterson said because Wairarapa was a small, unique, and well-connected community, “even just one suicide shakes us all”.

“These people are our neighbours, our workmates, our whanau, and our friends.”

At the event, she presented bereaved Wairarapa mother and suicide awareness campaigner Toni Ryan with a New Zealand Life Keepers Award acknowledging her contributions to the Wairarapa community in the area of suicide prevention.

“We can only make a difference if we all do it together,” Mrs Patterson said.

“And we all really do need to make a difference.”

The event coincided with the weekend of World Suicide Prevention Day, Sunday September 10.

Where to go for hep

These 24/7 free phones are operated by trained counsellors who can help you talk through problems and identify ways of coping. Too Many Wairarapa suicide awareness event with RATS riders from around New Zealand. PHOTO/JADE CVETKOV