Rathkeale’s First XI put together ‘the perfect’ all round performance to beat St Peter’s School Cambridge by an innings and one run this week, putting together two days of excellent cricket to snatch victory.

St Peter’s won the toss and elected to bat on a flat-looking pitch but apart from opener H Boyle top scoring with 42, the home side were held in check, finishing with 176 runs in 70 overs.

In reply, Rathkeale faltered losing two early wickets, but Borren came on and changed the course of the game with a whirlwind century – his second this year.

Taylor was particularly impressive off the back-foot caressing eight boundaries through the covers as he posted his maiden half century for the First XI. 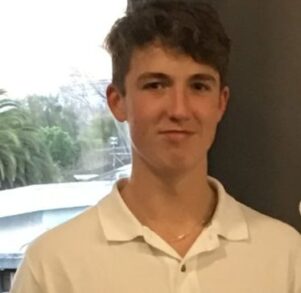 They resumed their innings on the second day looking for quick runs. Ralph McLeod [31] and Isaac Noble [26] were run out forcing the pace, but the first session belonged to Hunter Wyeth, only recently returned from a serious knee injury.

Wyeth combined defence and attack, power and control to score a maiden century for Rathkeale, letting Borren declare at 366-9 and leading by 190 runs.

St Peter’s set out to bat the day out but Wyeth quickly claimed a scalp with the new ball.

Solid defence took the home team deep into the final session but Borren once again changed the game, dismissing top scorer J Wakelin [55] with a slower ball that ballooned up for McLeod to take a diving catch after a 30m run.

Willis Summerfield and George Tanner took wickets early in their spells and McLeod took the final two wickets in an over.

St Peter’s last four wickets had fallen for only two runs leaving Rathkeale victorious by an innings and one run, with less than seven overs remaining in the match.

Borren is only one run behind the career total of Liam Burling – the record holder for runs scored for the school’s First XI according to CricHQ; and Hunter Wyeth joins his father on the honours board, making them the only father and son to do so.

It was also the first time the Rathkeale First XI had two players score a century in the same innings.