Transition to Three Waters comes at a cost

Transitioning to the new Three Waters structure will cost Carterton District Council $850,000 in staff time and resources over the next two years.

And similar pictures are being painted in neighbouring Masterton and South Wairarapa districts, with the latter estimating the costs could be $1 million over two years.

While elected members across the region have voiced concerns over the transition costs, the Department of Internal Affairs [DIA] has confirmed to Local Democracy Reporting that funding will be provided to councils to meet these costs.

The proposed reform of New Zealand’s three water services – drinking, waste, and stormwater – will result in four new water entities being established to take on the water assets owned by councils.

“The Department of Internal Affairs is well aware that the transition of water services from councils to the water services entities will mean councils incur costs in a number of ways,” a DIA spokesperson said.

“The department can confirm that funding will be provided to councils to meet these costs.

“Consistent with the Heads of Agreement with Local Government New Zealand, the Department of Internal Affairs is working with LGNZ to identify the most appropriate way to facilitate council access to this support.

“Further information will be provided to councils shortly.”

This transition funding would be in addition to the Government’s better off and no-worse off support packages announced last July.

In Carterton, the pressure on staff and resources was so immense that the time spent on Three Waters Reform requests and the work programme was being logged.

“We hope the DIA will allow us to backdate our staff time claims especially given the National Transition Unit requests have already been responded to,” Carterton District Council [CDC] chief executive Geoff Hamilton said. 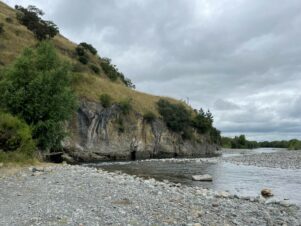 At a council meeting, Hamilton said the Three Waters Reforms was an “enormous, comprehensive programme of work that is being mandated by central government, and we really aren’t resourced up to cope with it”.

He said CDC had been pushing DIA for transition funding for councils.

Hamilton said the costs to deliver on the Three Waters Reforms transition “could be in the region of $850k to Carterton District Council”.

At acouncil meeting, Carterton Mayor Greg Lang said the reforms process had been “absolutely appalling – but we’ve got to go with that change”.

“We have to remember the key principle, which is the outcome … [of] affordable good quality water for our ratepayers and good quality infrastructure.

“I know there’s a lot of doubt over whether that will be achievable, but that’s the vision. That’s what we want for our ratepayers.”

South Wairarapa District Council partnerships and operations manager Stefan Corbett said a “conservative” estimate of the cost of the transition to the council was “in the vicinity of $500,000+ per annum”.

“It is early days yet, and our current workload already exceeds 20 hours per week across two roles that are required to attend meetings and provide information,” Corbett said.

“This is expected to increase exponentially as transition planning commences in earnest.

“Transition planning requires expertise across the full range of management and administrative support across most of council’s functions from finance to asset management to communications and engagement.

“We will also need to employ consultants, as required, to complete work related to the legal, asset transfer, and valuation issues we face.”

At a council meeting, South Wairarapa Mayor Alex Beijen said resourcing would be a big challenge even with government funding.

“The workstream is shocking. It’s almost two full-time staff just to answer the questions required from the Three Waters entities.”

Masterton District Council [MDC] chief executive David Hopman said it was unclear how much the transition would cost the council.

Around the council table, criticisms of the Three Waters Reforms process were rife.

Councillor Tina Nixon said she would still not support the proposal in its current form.

“I don’t think it will achieve its aims, and it sure as hell will not reduce the rates for people.

“We’ll get the infrastructure, but everyone is going to be paying for it, and it will increase rates.”

Councillor Bex Johnson was concerned about the future of MDC’s infrastructure project that would enable extra water storage at Kaituna; this was a long-term project planned for 2025. The new water service entities would take control of the council’s assets in July 2024.

“That’s the thing I find most disturbing. It’s been put on us. We haven’t had the opportunity to push against it … Democracy has gone out the window.”

Councillor Chris Peterson said he might be “swimming against the tide,” but he broadly supported “the general thrust of the Three Waters Reforms”.

“The decision-makers need to be at arm’s length from councils that change their minds and change their composition every three years.

“These are long-term projects. They are megaprojects.”

He said the reforms were a “work in progress” and that there was a “broad agreement that something has to be done”.

“The key thing is we need to be able to borrow money more easily, and we need to borrow a lot of it at rates we can afford, and the economies of scale to some extent will provide that.”— NZLDR