The little digger that couldn’t 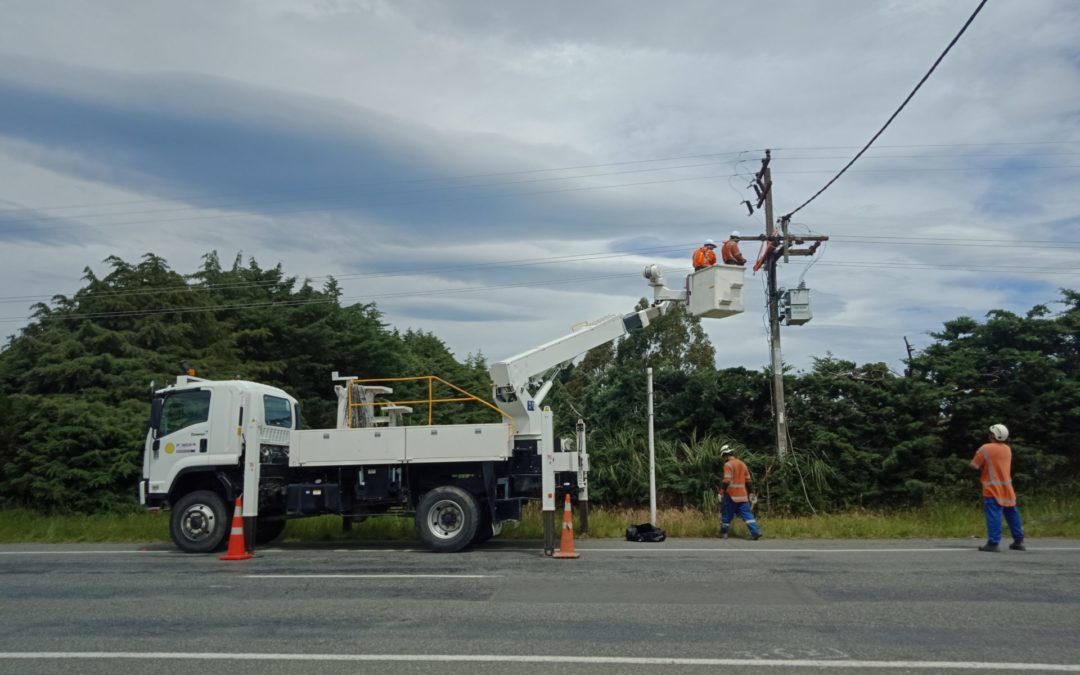 A digger on a trailer flipped into a power pole just south of Greytown on Wednesday, forcing State Highway 2 to close.

Police received the report of the digger tipping on to the road at about 12.45pm.

SH2 was closed from Bidwills Cutting Rd to No 1 Line while the road was cleared.

The tractor driver’s father Kelvin Pope said that his son had pulled off to the side of the road to enter his property.

He had pulled over earlier than he normally would, as he was letting a truck go past.

The tractor drove into a small ditch on the side of the road.

The trailer tipped on its side, and the digger grazed a power pole.

The power lines attached to that pole pulled on another pole across the road, causing damage.

A repair team was still working on that pole at 3pm on Wednesday, but described it as an “easy fix”.

A roadworker said that as soon as any vehicle tilted past 45 degrees, it could tip very easily.

No one was hurt in the incident.

“My boy’s a bit shaken up, but otherwise okay,” Pope said.

“The tractor and trailer are all good, but the digger’s a little dented. Nothing drastic.”

The digger was lifted off the roadside into Pope’s paddock.

Greytown mother Jennifer Grey said her son Jayden was late to his NCEA Level 3 physics exam because of the road closure. The exam started at 2pm Wednesday afternoon.

Grey said that at about 1.45pm Jayden had to get out of her car, which was stopped just before Greytown Cemetery, and walk the rest of the way to school.

Grey said she called Kuranui College to alert them to the situation.

She said the school advised he should still attend the exam even if he arrived slightly late.