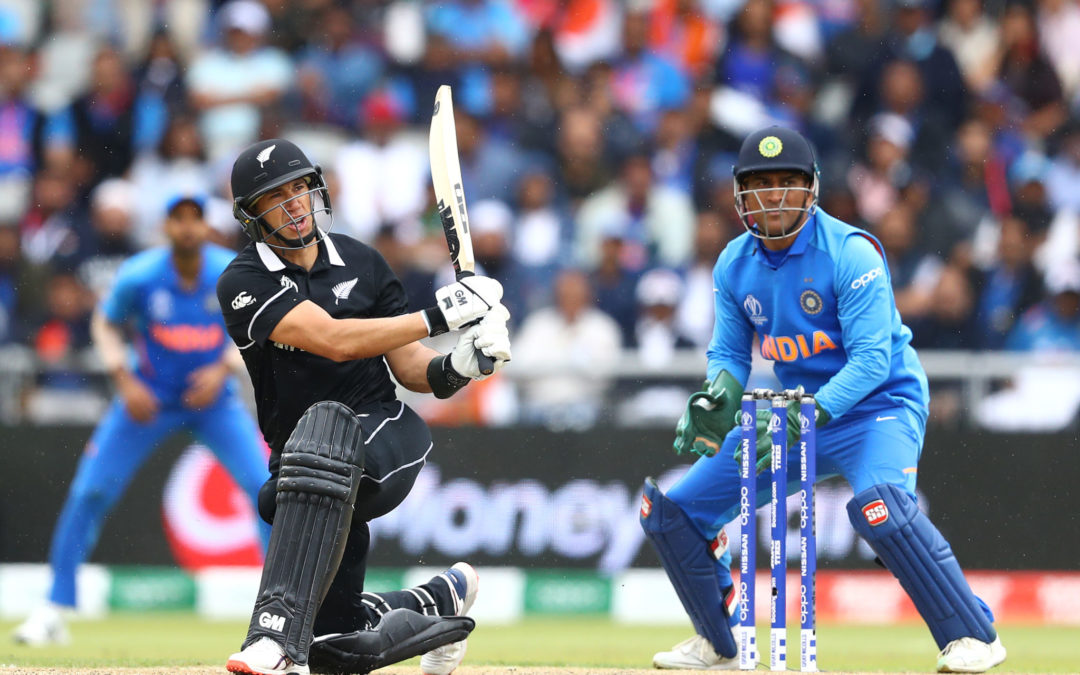 Ross Taylor hits a six over mid-wicket to reach his half-century during the Cricket World Cup semifinal against India. He top scored for the Black Caps with 74. PHOTO/GETTY IMAGES

Before this year’s Cricket World Cup, Black Caps veteran Ross Taylor had spoken of trying to emulate the West Indies’ Chris Gayle and appear in a fifth World Cup in 2023.

But the 35-year-old’s thinking appears to have changed after his team secured a place in Sunday night’s CWC final by beating India in a thrilling one day international match at Old Trafford, played over two days.

Now the ex-Wairarapa College pupil says the final at Lord’s could be his last CWC appearance.

“I’ve said that Chris Gayle is my inspiration, he’s 39 and still playing, but it’s probably a bit too far-fetched for me to still be playing then,” Taylor said on the Central District Cricket Association Facebook page.

“Never say never, but probably more than likely [it will be my last World Cup game] this weekend.”

New Zealand have never won the Cricket World Cup, and only made the final for the first time four years ago, an experience he believes will have them better prepared this time.

“We played so well throughout the tournament, but then jumped on a plane and played in a country we hadn’t played in for the whole tournament.

“I’d be lying if I said we weren’t a bit overawed by the change of scenery in Melbourne.

“Now, I think we know what to expect, the pressures that come with it.

“We’ve been there before.

“You just have to enjoy it.

“It’s the home of cricket this time and I can’t think of a better place to play a final.

“Apart from the All Blacks, most New Zealand sides are underdogs, no matter what sport they play,” Taylor said.

“It’s something we have embraced. It doesn’t sit well when we’re the favourites.

“We try to talk it down as much as possible.

“We’ll be up against it – but, like in this game, we’ll put our best foot forward and hopefully that’s enough.”