After 18 long months, a replacement for the Taratahi Agricultural Training Centre could be announced within the next two weeks.

At a meeting with key stakeholders on Tuesday, Agriculture Minister Damien O’Connor asked for a positive commitment within a fortnight for courses which would be run on the campus.

He said there was an urgent need for training in critical industries like agriculture, and Taratahi was well placed to provide this.

“Covid-19 has had and will continue to have a huge impact on our economy and our communities.

“There are some opportunities which arise from it. The chance to get Taratahi running is one of those outcomes.

He acknowledged that the lengthy liquidation process and discussions with potential owners of the site had been frustrating for those who wanted it to get up and running, but these had been necessary.

“There’s a huge amount of work that’s been going on in Wairarapa led by Dame Margaret Bazley and others.”

Having toured the facilities on Tuesday, he said the liquidator has astutely maintained the Taratahi facilities and they’re in good working order.

“In the short-term, the urgent need for the dairy industry, for the livestock sector, for horticulture and viticulture, [means] Taratahi facilities should be utilised as quickly as we can get them running.”

There were also long-term opportunities for the site to play a key role in the establishment of a new agriculture centre of excellence, which looked like it would be run across different campuses around the country, he said.

“The concept has yet to be finalised but the sooner Taratahi is up and running and the more it can build opportunities on site, the more likely it can be a key part of that centre of excellence.

“It is in a good position to have the technical and administrative support to run programmes on the ground.

“It may be a joint venture given that all [education providers] have a responsibility to provide the training for New Zealanders to be able to get jobs in the sector with the right skills.” 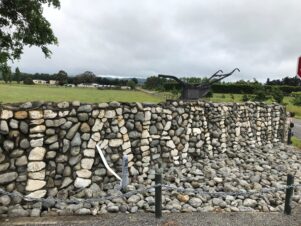 The Taratahi Institute of Agriculture closed in December 2018 and a replacement education provider has yet to be announced. PHOTO/FILE

Wairarapa-based Labour list MP Kieran McAnulty said he was pleased with how the meeting had gone.

“There had been frustrations across the board as to how long this process has taken and a lot of that has been out of our hands.

“I came away really optimistic that we’re going to see some momentum on this. It seems to have come together quite nicely recently.”

While the deadline for applications for the new agriculture centre of excellence had passed, he had been assured by O’Connor and Chris Hipkins, the Education Minister, that it would not impact Taratahi’s potential role.

There was also potential to expand on other programmes like the Growing Future Farmers sheep and beef cadetship programme.

“The Growing Future Farmers initiative has been very successful,” McAnulty said. “Farmers were telling me how beneficial it had been for not only the students but the farmers themselves.”

He said Wairarapa was also in a good position to take advantage of other funding initiatives announced in the budget.

“We are hoping it will be for the whole of Wairarapa.”

She said it seemed a replacement for Taratahi was “getting closer”.

For former students Frankie and Junior Taulago, Taratahi was a way into an industry they had no knowledge of.

The couple moved here from Christchurch in 2014 after a friend recommended it to them.

“We didn’t even know what a ewe was,” Frankie said to illustrate their previous lack of agricultural experience.

They’re a lot more knowledgeable thanks to having completed the Level 3 Certificate of Agriculture and now enjoy working in the industry.

“It’s a huge asset for the country and for Wairarapa,” she said.

Junior gained further experience as a shepherd before moving into stock management near Wainuioru while Frankie has worked in the ag support sector.

Junior was recognised as one of the finalists in this year’s Emerging Red Meat Leader category at the Wairarapa Sheep and Beef awards.

He said their dream was to get a farm of their own, though Frankie said they would be happy to enter an equity partnership.