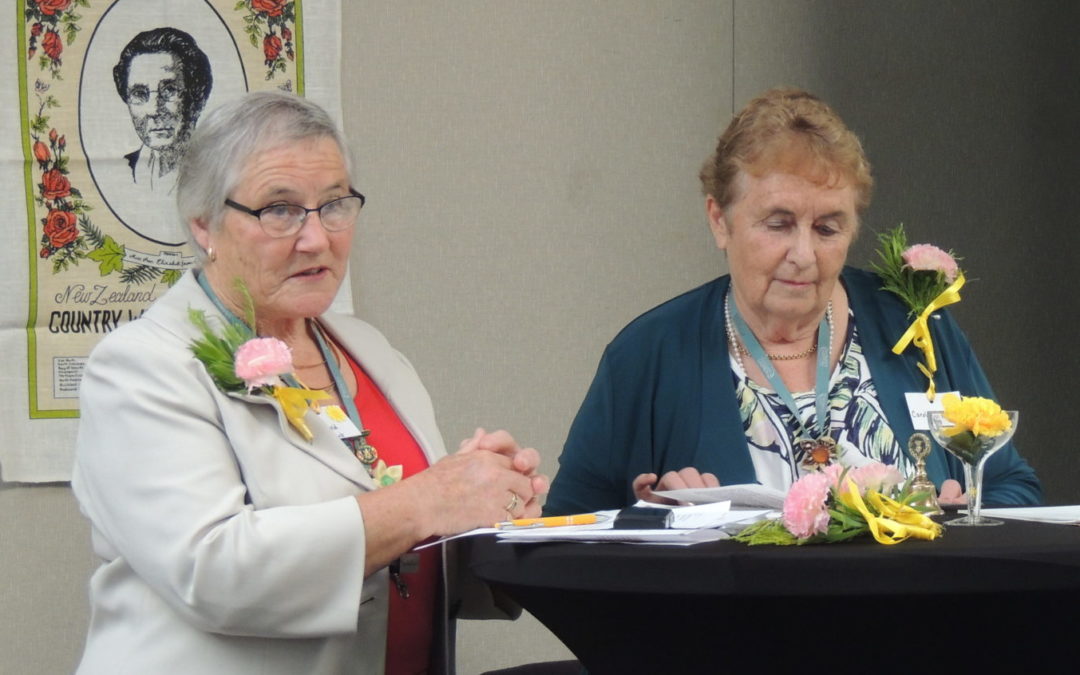 The local chapter of a nationwide female support network celebrates 90 years of community and friendship this year.

An event celebrating Tinui Women’s Institute’s milestone was held at the Copthorne Hotel in Masterton on Thursday.

Former president and event MC Carol Wingate said the organisation’s aim was to help country women to get out and meet others.

“A lot of women came from England and probably didn’t know what to do because their life was so different,” Wingate said.

“Women get together and learn from each other how to manage.” As well as having a chance to socialise, women would learn tips and tricks about cooking, crafts, raising children, and household management.

“Even half of our membership now lives in town,” Wingate said, “But they’re still around for that companionship.”

Traditionally, husbands would take an afternoon off from the farm to drive their wives into town on the first Thursday of each month.

Ninety years on, and the organisation was still going strong.

“It’s about giving back, helping people to make their money stretch.”

In fact, a Featherston chapter of the national organisation had just formed in February this year, she said.

Nola Groves was at the celebration and was one of three members to receive a floral spray, given to members in their 90s. Groves also received a bar pin in recognition of her 70 years membership with the Tinui institute.

Member Betty Hill sent a card expressing her regrets she could not attend the event.

“I have very fond memories of the Tinui Institute, that I attended as a young women and mother, and learning from the experienced women of the day,” it read.

The Tinui Women’s Institute was formed on April 11, 1931, when a meeting was held to discuss the possibility of setting up a local branch.

A few NZ Home and Country magazines were handed out at the meeting and craft samples were passed around. Each woman brought a plate to share for afternoon tea.

The national organisation was formed 10 years earlier and had celebrated its centennial this year.