Sunia: From truant to fluent 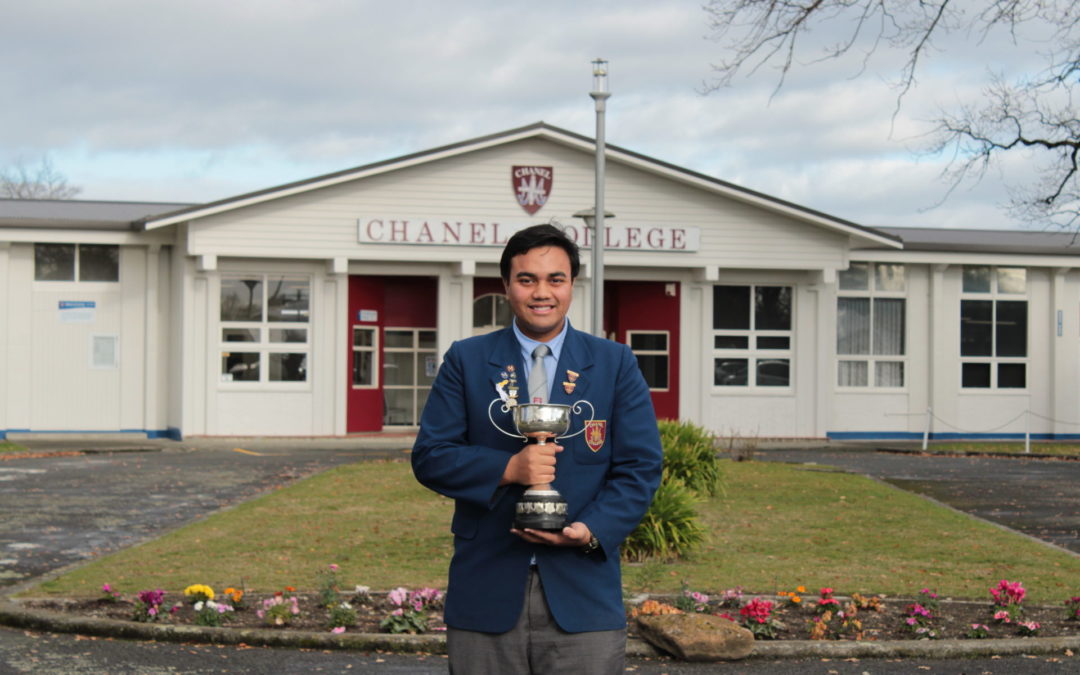 Sunia Kohitolu used to skip as many days of school as he attended.

Now the Year 13 head boy of Chanel College and has just won a coveted cup for public speaking.

“Even at primary school, I missed too many school days.”

He started his school life in Australia, attending a school alongside 2000 other students where he slipped through the cracks.

Truancy officers did not check up on him.

He would stay at home and sleep in late, get up to play video games, go back to bed, and repeat the cycle.

“The best way to explain it is that another student missed four months’ worth of school … He had a better attendance than I did.”

Shortly into the school year, a truancy officer knocked on his door and asked why he was skipping.

After some pressing, Sunia revealed that one of the main reasons he avoided school was that he felt uncomfortable participating in swimming lessons.

He was extremely introverted and tried to stay away from interactive lessons at all costs.

With a school camp approaching, a dean of the school convinced Sunia to come along, promising him that all his friends would be in the same cabin.

“I ended up going and loved it in the end … I was like, ‘Seriously, I was going to miss this?’”

After the camp, Sunia attended three days of school in a row – a big achievement for him at the time.

When he returned to school at the start of Year 9, missing out was no longer an option.

“I didn’t miss a single day that year.”

Instead, he became involved in all areas of school life.

He joined the student council and then served as the student representative on the board of trustees.

“I just realised that being lazy is actually not that cool. It’s actually better coming out here … something new or interesting happens every day.”

Of his role as head boy, Sunia said it was all about representing the school.

“When Chanel hosts or is involved in something, I’m usually the one who gets thrown in.”

So far this year, the school had hosted more than its fair share – intercollegiate swimming, athletics, and most recently, the O’Shea Shield.

All 17 Catholic secondary schools in the Wellington and Palmerston dioceses competed in the O’Shea Shield, an annual public speaking competition.

Chanel had missed out on hosting the event last year due to covid-19, so for the first time in the shield’s history, this year it was co-hosted by two colleges: Chanel College and Porirua’s Bishop Viard College. 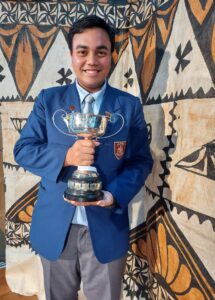 Sunia competed in the oratory category, where he was required to deliver an eight-minute speech completely from memory in front of an audience of about 200.

“You pick the topic, and you go for whatever you’re passionate about. That’s the main thing about oratory: you pick a passion and go for it, and really try to deliver to your audience.”

Sunia discussed political landscapes and how societies had changed with the rise – and possible demise – of democracy.

Sunia’s interest in US politics had been piqued while watching the fiery debates leading up to the 2016 elections. Not understanding everything the candidates were saying, Sunia went away and researched the long history behind their claims and allegations.

He had also started exploring the political scene closer to home.

“Democracy is up to you, in how you handle differences. If you’re just an aggressive person who doesn’t like other opinions, then it’s going to end up badly.”

Judges marked oratory competitors on everything from their hand movements to the volume of their voice.

Sunia’s speech won him the competition and the Cardinal McKeefry Memorial Cup – the first time in its 40-year history it had gone to a Chanel student.

Sunia was not yet sure what he wanted to do after school but said politics was an option.

Considering his rhetoric prowess, coupled with the ability to turn his own life around, he could be a political force to be reckoned with.