The Southey Sayer Wairarapa Korus came away with a win and a loss from their Shrimpton Trophy doubleheader in Palmerston North over the weekend.

The Korus started with a five-wicket loss to Manawatu on Saturday, followed by a 58-run win over a strong Nelson, with a six-wicket haul by medium-pacer Ella Southey the highlight. 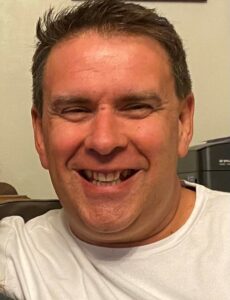 Korus coach Simon Roseingrave was over the moon with team’s win over Nelson.

“Manawatu bowled poorly; there were 40 wides and a lot of half trackers, and in the top order, all five got themselves out.

“If we added 30 or 40 more runs, it would have been a different story,” Roseingrave said.

“It was actually the best bowling and fielding performance since my time coaching. We were unbelievable in the field, and we put a lot of pressure on, but we didn’t have enough runs to put scoreboard pressure because if there had been scoreboard pressure, we would have picked up a few more wickets.”

Roseingrave felt it was much better performance from their first clash two weeks ago in Greytown, which Manawatu won comfortably.

Offspinner Macy Lyford was best of the bowlers claiming 3-16, all top-order batters, including top scorer Olivia West for 45, in Manawatu’s successful run chase. 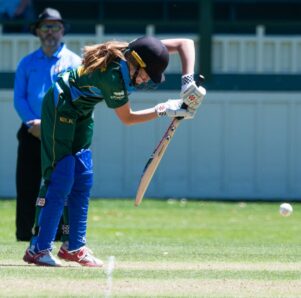 Emma McLeod scored a patient 31 in the win over Nelson.

Roseingrave spoke to the team before Sunday’s game against Nelson about batting time, and it worked a treat as the Korus amassed a competitive 163-7, led by Bartlett with 36 [54 balls, two fours], and opener Emma McLeod with 31 [55 balls, one four].

However, the star was medium-pacer Ella Southey, who claimed 6-25 off five overs, which Roseingrave said is the first six-wicket bag in his time of coaching the Korus.

“First over, she was all over the place but picked up a wicket with a half-tracker, and then she hit her line and length, and the catching got those wickets.

“There were probably four at short extra cover that were caught and were very sharp catches, so fielding really backed up the bowling performance. She was over the moon, and I was over the moon as well.”

“It was a beautiful delivery, and for someone young coming in and was pretty nervous, it was a good day for her.”

Roseingrave said the win was good reward for a solid team effort.

“When you make 160 in women’s games, you’re in the game, and we are a good bowling and fielding side.

“That’s a big scalp because Nelson are pretty strong. They have the Gaging twins [Kate and Anna] who are part of the Central Hinds squad, they had Saffron Wilson from the Otago Sparks squad and Priyanaz, who plays for Scotland.”

The Korus next outing is against Taranaki at Pukekura Park, New Plymouth in two weeks.