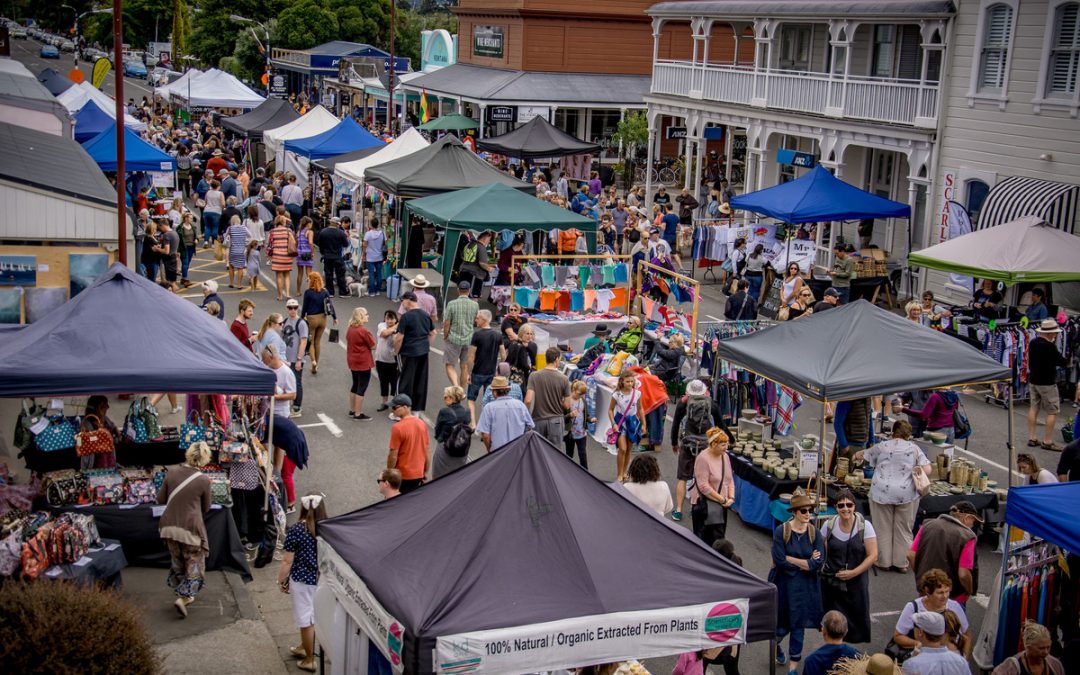 Once again, the Martinborough Fair went off without a hitch.

Thousands of people flooded to Memorial Square on Saturday for the bi-annual event, which was launched in 1977.

Rain held off, however, wind had some stallholders frantically holding down merchandise to keep it from flying away.

Rotary Club of South Wairarapa president Mary Mason said all the proceeds from the day went into the Martinborough Fair Trust, which sent the funds back into the community through donations and grants.

About 50 Rotarians volunteered their time, with many other service clubs taking part, to ensure the event ran smoothly.

Mrs Mason said the club was looking forward to the next fair, which would be held on March 3.

Times-Age photographer JADE CVETKOV was in Martinborough to catch the action. Stallholders from all over the country took part in the fair, which traditionally has more than 25,000 visitors. PHOTO/JADE CVETKOV The Kahukura family from Masterton at their first Martinborough Fair. PHOTO/JADE CVETKOV