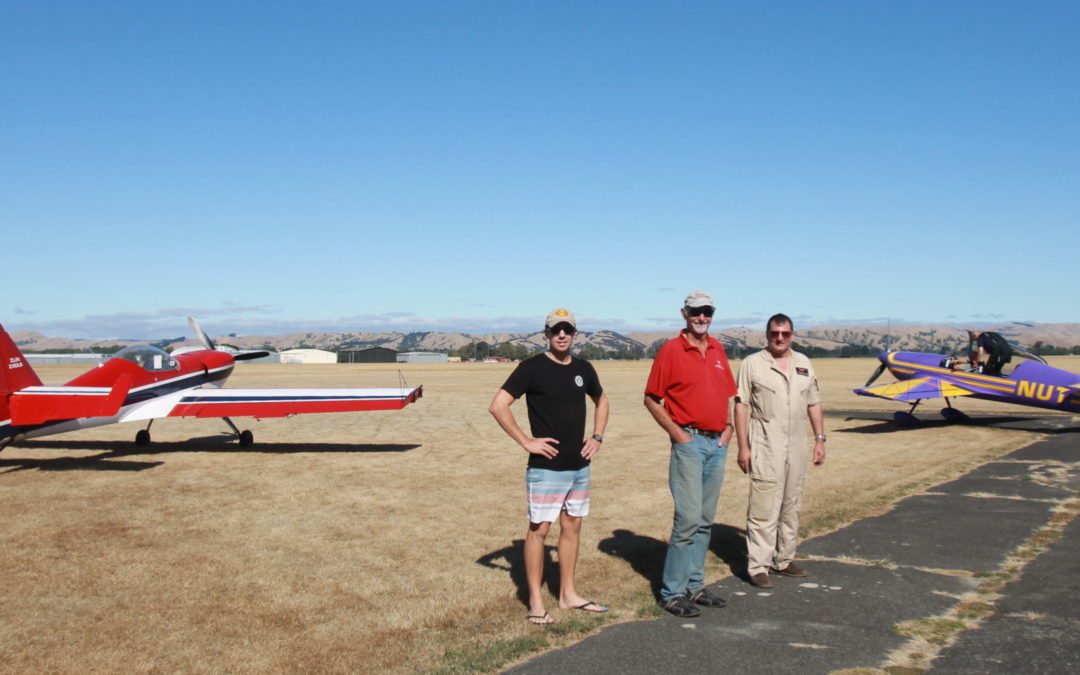 Pilots David Cranner [left] with his 1992, 700kg Zlin, Andy Love and Morris Tull with his Pitts Special ahead of the National Aerobatics Championship at Hood Aerodrome. PHOTO/KAREN COLTMAN

Each year Emirates airline pilot and Cantabrian Morris Tull drops everything to compete in the New Zealand Aerobatics Championships.

This week, he is at Hood Aerodrome to defend the title of advanced level champion.

“I book this in for two weeks each year and I live for it,” Tull said.

“The boss knows I am unavailable because of this passion. I drop everything and come running.”

For a day job, Tull flies the Emirates Airbus A380, the biggest registered plane in the world.

It has a mezzanine with a bar.

“Yeah, it’s quite nice for passengers to wander around and stretch their legs,” Tull said.

But for fun, he flies a couple of light planes with virtually no room to move and virtually nothing in them.

Tull is performing in his Pitts Special [the smallest plane in the competition] to be judged by a panel.

About 16 pilots from throughout the country are taking part, along with two overseas flyers.

Not all pilots fly their own plans.

About five pilots are borrowing or hiring planes from local pilots.

To help them get familiar with the course and the planes, on the first day of competition on Wednesday, half the day was dedicated to practising.

Vice-president of the NZ Aerobatic Club, and competitor Andy Love has co-ordinated the event with Mel McMinn.

He said no one was permitted to fly over 3500ft and the planes generally don’t fly under 1000ft.

Competition planes are under 1000kg and dive and roll easily in the air.

The lightest plane is about 480kg.

The planes are “pared down” to be as light as possible.

“It is figure skating in the sky and judged like gymnastics.

“Points come off for errors, and illegal moves, and precision gains points.”

The competition has 22 events and runs for four days culminating in the champion of champions competition.

Tomorrow some of the pilots will put on a small air show to wrap up the morning.

The public is welcome to spectate.

Tull and fellow competitor David Cranner are aiming to fly in the 2022 world championships in South Africa.