Shooting clubs are up in arms Committee out of touch

Gladstone dairy farmer and shooting club president Phil Dunlop said he was appalled by the attacks on Christchurch but said the government’s response had led to an attack on the shooting community.

Last Wednesday, Dunlop addressed the committee overseeing changes to the Arms Legislation Bill, ahead of a visit from National MP and spokesman for police Brett Hudson who was to meet disgruntled firearms owners from the Pongaroa Gun Club today.

Dunlop said shooting sports had taken him around the world as he represented New Zealand at many international competitions. 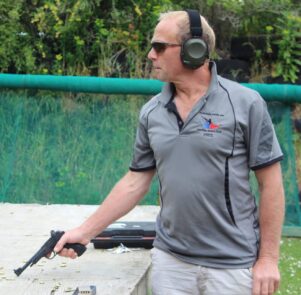 “I have been involved in shooting sports since my teens, I am in my mid-fifties now and I have represented New Zealand and world championships for pistol, rifle, and shotgun,” he said.

He said attending these competitions had exposed him to people from a range of cultures and countries.

As president of the Wairarapa Pistol and Shooting Sports Club, he said the 100-year-old Gladstone-based shooting club had helped produce world-class shooters.

“Many competed successfully in National and International competitions, highlighting the skill and responsible use of firearms by licensed New Zealander shooters.

“The club exists to provide a safe, controlled and venue for all shooting disciplines.”

He said many of the club’s 150 members had joined to learn how to use firearms in a safe environment.

Changes proposed under the new bill would threaten the future of the club though, he said.

“Range certification will involve resource consent. It adds to the cost and smaller clubs like Pongaroa are really vulnerable.”

He said it did very little to improve public safety and would likely increase the risk to the public if gun clubs were forced to close.

“It exposes the community to more risk if the costs of doing it properly rises.”

Dunlop raised concerns about the police overseeing the certifying of gun clubs and the lack of an appeals process for club operators, citing a conflict of interest.

“We provide police with facilities to train and that’s a commercial arrangement.”

He also felt reducing the length of holding a gun licence to five years was arbitrary.

“I think a lot more people are killed on the roads than by guns.”

The president of the Wairarapa branch of the New Zealand Deerstalkers Association, Martin Amos, also addressed the committee last week.

“I asked the panel who had a firearm. Only one person put their hand up. Those making the decisions aren’t really affected by the bill,” he said.

Amos said the club had a strong membership of about 120 members, catering to people from a range of backgrounds.

“Most people have a gun for hunting or for the shooting range. If you are a farmer, you may have one to euthanise stock or for pest control.”

He said NZDA was concerned about the controls and requirements for shooting clubs increasing costs to the point that they would no longer be able to operate.

“The bill should be encouraging firearm licence holders to join a club rather than discouraging these clubs.”

The close relationship between many ranges and police allowed for individuals’ behaviours to be monitored, he said.

“We believe the additional administration and cost will cause many shooting clubs to shut up shop as they are run by volunteers who will not want the hassle or responsibility, and risk, imposed by the bill.”

A submission from the Wairarapa Clay Target Club, a 130-year-old gun club, was also in opposition to the bill saying it simply added another level of costs to legitimate competition and further regulations which are already complied with.

Brett Hudson is to appear at the Pongaroa War Memorial Hall at 12.30pm today alongside Wairarapa MP Alastair Scott.