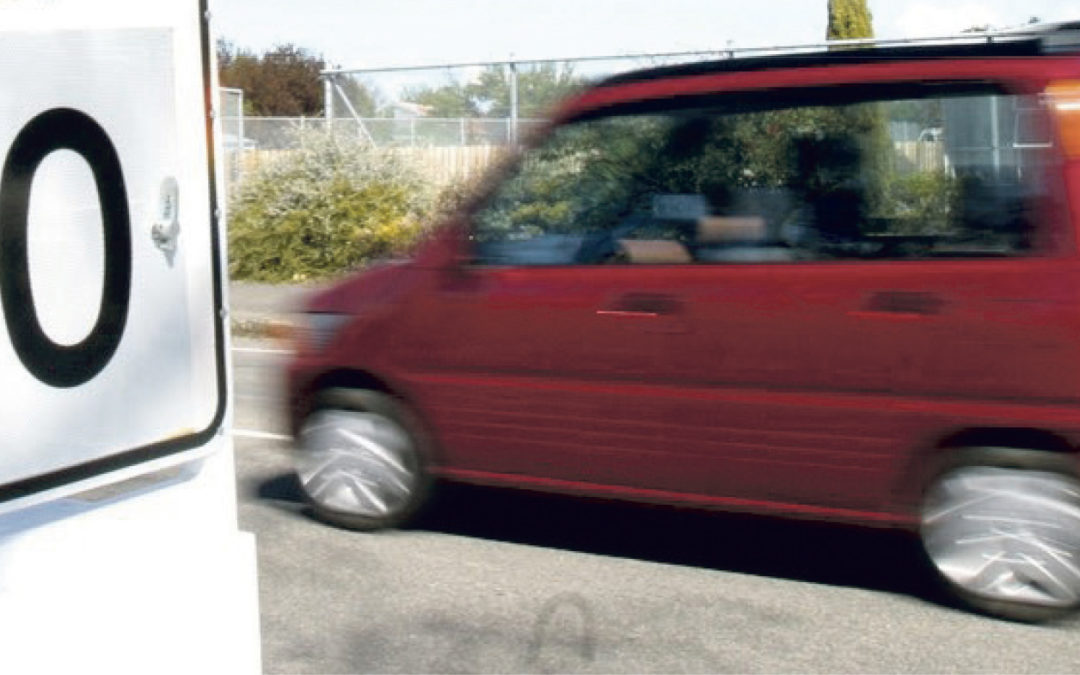 Speedsters racing past Wairarapa schools racked up almost $60,000 in fines in the first half of this year.

From January to June, 1368 tickets were issued by speed cameras located outside 13 of the region’s schools.

Police say this is “unacceptable”, while a road safety advocate is urging people to change their “selfish attitude” when driving near children.

A school principal says the number of cars flying past her school is “scary” and putting lives at risk.

The highest number of tickets was issued for the road in front of Solway Primary School in Masterton, police figures released under the Official Information Act show.

The road outside Carterton’s South End School was the second worst for speeding drivers, with 181 tickets issued, worth a total of $6230.

South End School principal Clare Crawford said she was “blown away” at how fast vehicles drove by.

The school is within a posted “school zone”, where drivers must slow down to 40kmh during school drop-off and pick-up times.

Speeding vehicles were such an issue that Crawford staunchly made sure she or another responsible adult supervised the children on road patrol.

“We’ve got to be out there helping the kids, because there’s so much traffic and a lot of the time the traffic is speeding.”

“This is unacceptable in an area where children are getting out of cars at the road side.

“It seems there are still a lot of drivers out there not being responsible.”

He said locals knew where the schools were, so it was upsetting that many continued to speed through school zones. In the six-month time frame, more than 100 speeding fines were dished out outside each of four Masterton schools – Solway Primary, Wairarapa College, Masterton Primary School, and Lakeview School.

The busiest spot in a single month was outside Solway Primary School during the month of June, when the camera snapped 245 speedsters.

Alarmingly, 200 of these tickets were issued within three hours on a single day, with speeds recorded as fast as 85kmh in the 50kmh zone.

Since publicity around this figure in June, there has been a drop in speeding drivers at this location.

“However, there is still an unnecessary amount of drivers ignoring a safe speed limit,” Pauling said.

“I would like to see local drivers take more self-responsibility in terms of their speeds, and driver behaviour around schools, without the need to constantly remind them.

“If it takes speed tickets with the possibility of licence suspension to change a selfish attitude, then so be it.”

De Wit said it was important to remember that children were vulnerable around roadways as they were still learning to identify risks.

“We need to do everything we can to safeguard our tamariki as they walk or cycle to school – for drivers that means slowing down.”

Crawford said it would be nice if people could be considerate and patient when driving through school road patrols.

“Be mindful that there’s kids trying to get home safely.