Forestry and log sawmilling will be one of the topics focused on by the group. PHOTOS/FILE

‘A really good bunch of guys’

Rural ratepayers in the Masterton district have found their voice, with a diverse line-up of members appointed to the new Rural Advisory Group, which advises Masterton District Council on specific issues affecting the rural community. 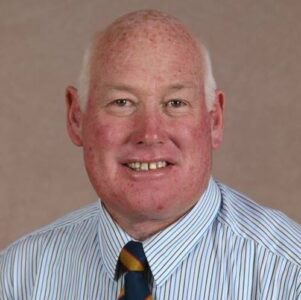 It had reportedly taken a while to get off the ground, group chairman and Masterton councillor David Holmes said.

The idea was first floated after the council decided to do away with the urban and rural wards before the local body election late last year.

This meant that the mayor and councillors elected ‘at large’ and were voted on by all residents, regardless of the type of area they lived in.

Holmes was delighted with the standard of the new members of the group.

Varying in age, experience, and background, Todd McIlvride, Alan Emerson, Richard Fairbrother, and Mark Buick will each bring something different to the role, Holmes said.

“There’s a great cross-section which is going to make it really interesting.

“All those guys are very well-educated. I’ll be the most poorly educated out of the lot of them.”

McIlvride, who is the chairman of the 90-strong Mataikona Community Group, has a background in forestry and sawmilling.

“The milling of forestry is going to be a big thing in the next few months, so we need to isolate the areas where we’re going to need to spend a lot of money on roads,” Holmes said.

He said Fairbrother and Buick both had a strong community focus through their work with the East Coast Rugby Club and with Mauriceville residents.

Emerson, based in Homewood, was also an active member of the rural community as a Justice of the Peace and ag-journalist.

The four of them were appointed after calls for expressions of interest, to which they responded.

Though there were no female applicants, Cr Tina Nixon and Mayor Lyn Patterson would also sit in on the group’s quarterly meetings.

Two iwi representatives have yet to be finalised.

Holmes said having an advisory group gave the rural community a voice of its own.

“The rural community is a major source of income stream in terms of rates for council.”

The group will sit alongside the Iwi Governance Forum as an advisory group, rather than part of the council’s formal decision-making structure.

Input will also be sought from the Riversdale and Castlepoint Community Ratepayers groups, as well as representatives from the police and Fire and Emergency New Zealand.