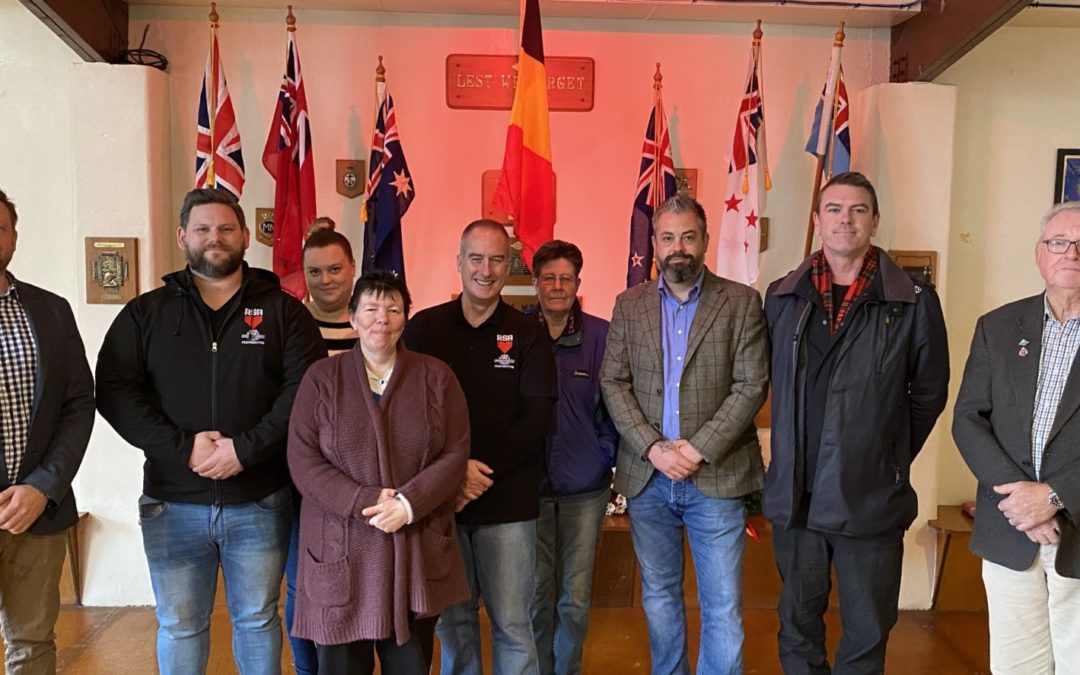 Featherston Returned and Services’ Association held its AGM on Sunday, which had the same committee re-elected unopposed, and lifetime memberships given to three individuals.

Nim Grewal and Jean McDowell both stood down due to other commitments. Grant Newdick and Dan Wilmott replaced the two positions.

Life membership was conferred on ex-servicemen Colin Robinson and Ralph Wardle, as well as Ian Simons. An honorary membership was also renewed for Robert Sinclair, the group’s auditor.

Brad Atte La Crouche, Featherston RSA vice-president, said he was “positive” about the future of the institution.

“In a nutshell, the club is in a very good position both financially and otherwise at the moment, with the future also looking very positive.

“On the downside, according to professional advice received, the club needs a total roof replacement, which will be a major focus for the committee this term.”

RSA president Peter Jackson said that membership had been strong, but noted the sad loss of five of the RSA’s members since the last AGM.

“Sadly we lost five members along the way, with the passing of Norm Douglas, Zac Te Maro, Bev Wilson, John Jamieson and, most recently, Peter March.

“We extend our sincere condolences to the families and friends of these members.”

The Featherston RSA is based at The Garrison Cafe and Bar, which had undergone comprehensive refurbishments and rebranding, opening its doors in a somewhat limited capacity in May.

“I’d like to congratulate Jen, Ajay and the team for the wonderful start to their lease, and thank them for all the effort they are putting in to making The Garrison Cafe and Bar one of the places to be in Featherston.”