Raewyn Voice, of Mataikona, is grateful to LifeFlight who rescued her after an accident with her horse last year. PHOTOS/SUPPLIED 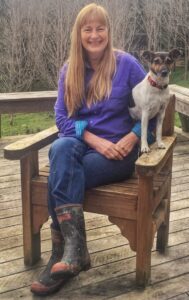 Raewyn said the only lingering effect of the accident was some niggly back-pain which was, “probably no worse than most people my age”.

In the past three years alone, there have been five people who needed Life Flight within 500m of her house, but Voice never imagined she would be one of those people.

She had been readying her horse Sunny for a walk along the beach one fine day in July last year when a freak accident occurred which put a stop to her riding days.

“It was just a normal day,” she said.

“The horse was reasonably new to me, I hadn’t had her that long, probably a couple of months.

“I just wandered down to take her cover off and placed it over the gate, which probably saved me from being ripped to shreds.”

As she opened the paddock’s metal gate towards her through to the next one, Sunny backed into the electric fence.

The horse received a massive fright and Voice was thrown through the gate by the full force of the animal – she was trampled as the gate was forced in the complete opposite direction when the horse bolted.

Her immediate thought was, “Oh, I’m dead, there’s no way I’m going to survive this”.

The crash sent her husband running where he found her lying on the floor, unable to get up due to broken vertebrae.

Neighbours soon arrived and called for help, sending one of their children to get Voice’s inhaler for her asthma.

Even before the ambulance had arrived, it had been decided by the paramedics that Life Flight should be called in to get the immobilised Voice to urgent care at Palmerston North Hospital.

Now mostly recovered at home – her horsey days are behind her – the only lingering effect was some niggly back pain which she said was, “probably no worse than most people my age”.

Voice was grateful to the crew for their help.

“They are really, really great people. I couldn’t speak highly enough of them.

“We really need [the rescue helicopter] and really love it.

“I think you’ll find most people out here donate to Life Flight.

“The helicopter comes out here a lot. We have a concession ticket!”