A new report on the well-being of New Zealand’s provincial areas raises startling questions about the health of Wairarapa.

Compiled by economic consultancy Infometrics, ‘Regional Well-being’, found that the divide is growing between the country’s urban and rural centres.

One of the most alarming takeaways from the report is that Carterton has the highest level of self-harm related hospitalisations in the country and a higher than average suicide rate.

“If there’s one area that really needs to be talked about and be better resourced, it is mental health,” said senior economist Brad Olsen.

“Although some aspects of well-being are improving across the country, indicators such as the suicide rate are deteriorating, with over 600 deaths in 2018.”

Based on statistical information, the report used 30 key indicators to report on well-being at the local level around New Zealand.

While Wairarapa performed well in the housing category, the region struggled with income and earnings.

Masterton ranked 56, Carterton 38 and South Wairarapa 41 out of 66 territorial authorities in the income and consumption categories.

Unemployment rates and people not in education, employment or training [NEET] rates were also higher in Wairarapa compared with the rest of the country.

The type of jobs held by Wairarapa residents was also important.

“If we look at the skilled worker rate in South Wairarapa, we estimate that 26 per cent of the workforce is employed in a skilled employment. That compares to 33 per cent nationally.”

Other categories where Wairarapa outperformed urban counterparts related to safety and civic engagement.

Despite its alarming self-harm and suicide rates, Carterton was highlighted in the report as a successful rural centre owing to its high safety ranking, placing in second of 66 territorial authorities.

It also had the lowest road death rate in the country with 3.01 deaths per billion vehicle kilometres travelled.

South Wairarapa followed with the second lowest rate and only 5.26 deaths per billion vehicle kilometres travelled.

South Wairarapa also had second highest ranking in the civic engagement and governance category, owing to their high turnout in the 2017 general election – 86 per cent of those enrolled voted, compared with 79 per cent nationally.

Carterton also ranked highly in fifth place with voter turnout at the 2016 general election at 53 per cent compared with a national average of 42 per cent.

Neighbouring Masterton however, scored much lower only ranking 41 of 66 territorial authorities.

“Masterton does better than the New Zealand average, but it’s skewed because nationally it’s so bad,” Olsen said.

“One of the other things to mention is there is a local government election coming up later this year. It’s a chance for Masterton to try and improve itself.”

He said government action had failed to assist communities in addressing their specific issues, despite the fact these challenges had been present for many years.

“Often when well-being is being discussed, it is only considered at a national level,” he said.

“But nationwide figures ignore the very real and significant differences in well-being for people in different parts of New Zealand.”

He hoped the information uncovered in the report would prompt discussions about where provincial areas needed to improve.

How our districts rank nationally for well-being

*(ranked out of 66 territorial authorities) 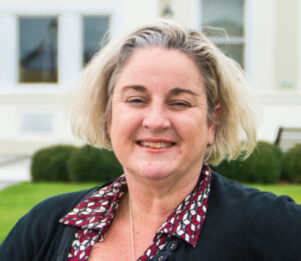 Masterton District Council’s chief executive Kath Ross said it was positive to have a report on well-being, a difficult task area to measure.

She acknowledged the district could improve their civic engagement, referencing the recently launched campaign to boost voter turnout in October.

Ross said the report’s well-being measures were inter-related and would require a “whole of government response”.

“For example, housing and homelessness is becoming a growing issue in our district – this is often correlated with social isolation and mental health challenges.

“While the council can, and does, work hard to improve residents’ sense of social connection, we are limited in our ability to increase housing stock and the health sector’s response to mental illness.” While also recognised for their low road deaths, he said he would meet with the New Zealand Transport Agency on Friday to discuss crashes along State Highway 2.

Booth was proud the district was recognised for its “strong engagement”.

“Because we are not a big community, we can quickly have a positive impact and I think that’s why Carterton is performing well,” he said. 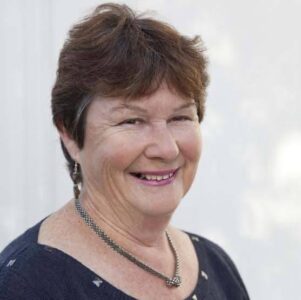 South Wairarapa Mayor Viv Napier said the council needed to understand the report and how it could help or advocate to improve some of the indicators.