Mandeep Singh is a useful acquisition for Lansdowne. PHOTOS/FILE

The defending champions are, bar one or two exceptions, the team that made the semifinals of the Coastal Challenge, involving clubs from Wairarapa, Whanganui, and Horowhenua-Kapiti. 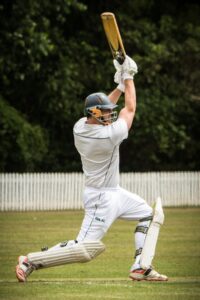 Jake Jonas, when not required for Rathkeale, will add further depth to the top of the order. The opener has been in great form, scoring two centuries in recent matches for the school and the prestigious Wellington Wanderers.

However, the bowling department is where Red Star are likely to have the edge.

Wairarapa medium-fast Stefan Hook has been in superb form all season, taking 25 wickets at an average of 13.48 during the Furlong Cup representative programme and eight wickets at 23.13 in the Coastal Challenge. He has also developed into a more than useful batsman and averaged 58 in the combined club competition.

Captain Peter Sigvertsen is always difficult to play, with his medium-pace bowling ideally suited to the late season pitches.

He topped the Coastal Challenge bowling stats, with 20 wickets at 13.75.

Veteran medium-fast bowler Jared Watt is another difficult customer to face on the pitches which tend to become more variable at this time of the season.

The Lansdowne line-up boasts experience but probably lack the depth of Red Star.

If representative all-rounder Gus Borren is available, he provides another top-order option, and would likely lead the bowling attack. 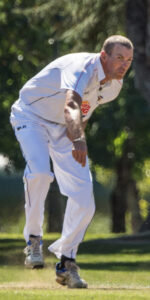 Jared Watt is difficult to face on late-season pitches.

Regan Fricker with his slow-medium pacers has proved to be difficult to face, and the wily veteran Sanjay Patel gives Lansdowne a genuine slow bowling option.

Greytown are based around the side that won the Umpires Cup 40-over competition, but the progression to a 100-over game is a big step up.

If Central Stag medium-fast bowler Seth Rance is available for one or both round-robin games before he returns to the first-class scene for the completion of the Plunket Shield, that would be massive boost for the southern club.

Although his bowling would be limited because of reduced bowling loads, he proved his worth with the bat, scoring two half-centuries in Wairarapa’s outright win over Manawatu in the Furlong Cup two weeks ago.

Veterans Alastair “Tora” Boyne, and Justin Herbert are solid performers at the top of the order, while Tim Fenwick, wicketkeeper Cuong ‘Chopper’ Truong, and Roshan Sugathan are capable of scoring big runs.

Medium pacers Jono Friend, Jonny Maloney, and Byron Hegglin will shoulder much of the bowling, with Sugathan and Hamish Cunliffe providing the spin bowling options.

The Bidwill Cup round-robin matches are played over 100 overs, with a limit of 55 overs for the side batting first. Points are awarded for a win, winning draw, losing draw, and bonus points for batting and in the first innings only.

There are also bowling restrictions, with no bowler able to bowl more than 15 overs in an innings.

Red Star and Lansdowne will meet at Queen Elizabeth park Oval in today’s opening round.

The top two teams at the end of the round-robin will play in the two-day final on March 20-21.