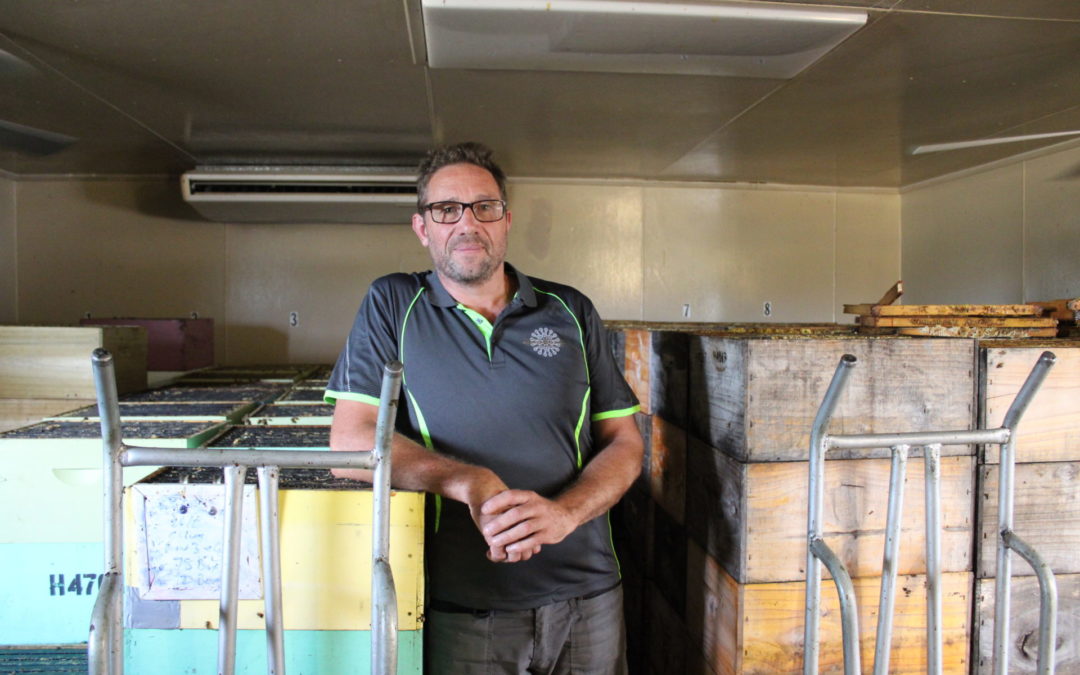 “Favourable weather conditions in most manuka growing regions boosted average hive yields for the 2019/20 season, with some beekeepers estimating it as the largest manuka honey crop in recent years,” O’Connor said.

South Wairarapa manuka honey producer Stu Ferguson said that the minister’s comments were retrospective and had no relevance to the current situation.

“As far as the production goes, it has slowed down considerably for us.”

Ferguson had been the director of manuka honey producer Hunter Reilly for the past 18 years.

He said that although there may have been more honey exported in the past year, it was likely to be warehoused honey, which often came from a blend of different honey.

This stockpiling allowed large corporate honey businesses to set prices for honey which often fell below a manufacturer’s production costs.

Downunder Honey owner Jason Prior, based in Taranaki, Wanganui, and Manawatu, said that the market for honey had crashed.

“If you’re not producing manuka now, you’re basically not in business.”

According to the Ministry of Primary Industries’ 2020 Apiculture Monitoring Report, the average honey prices paid to New Zealand beekeepers in 2019-2020 continued to fall for most honey types, apart from monofloral manuka honey.

Prior said that the wholesale price for table-grade clover was from $3 to $4 a kilogram, while production costs were from $6 to $8.

“You just can’t make money on that.”

Ferguson said that because payments for lower-grade honey – such as clover – had fallen to such a low level, people had simply stopped extracting it.

However, when stocks of clover ran out, corporations would need to return to higher grade honey, such as monofloral manuka honey.

“It’s kind of come around and bit them,” Ferguson said.

In his media release, O’Connor said that the volume of honey exports had surged from February 2020. Export volumes for the six-month period from January to June 2020 reached 5,700 tonnes – an increase of 49 per cent on the same six-month period in 2019.

The MPI report attributed this surge to an increased international interest in honey products after the outbreak of covid-19.

Ferguson and Prior agreed that manuka honey was internationally renowned for its health benefits.

However, they said that the market for manuka health products was underdeveloped as the government had not directed enough money into research in the area.

Ferguson said that whenever the MPI wanted submissions on an apiculture issue, it was always in the height of the beekeeping season, meaning that only large corporations had the spare personnel to respond.

A large issue that had been overlooked within the apiculture industry was that there were simply too many players, Ferguson said.

“You’re going to see a massive amount of carnage with beekeepers going out of business, because there are just too many … Every man and his dog has jumped in on what they think is a gold rush.”

Ferguson said that New Zealand could only realistically sustain from 300,000 to 500,000 hives unless more land was planted in manuka forest.

According to the MPI report, there were 869,065 registered beehives in the country in 2020.