Ratepayers from all income groups across South Wairarapa are struggling to deal with massive rate hikes, with those on fixed incomes especially hard hit.

South Wairarapa District Council had issued rates bills which they said were an average of just over 14 per cent up on last year. Others have disputed this, saying the hikes are 28 per cent higher. 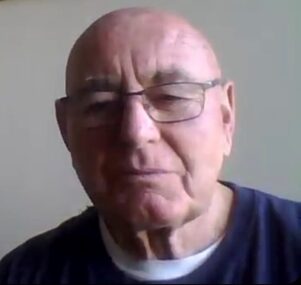 I know people who live in Upper Hutt whose house has a valuation of $1.4 million. Their rates are about $400 less than mine. – George Taylor

George Taylor, a pensioner who has lived in Featherston for almost 20 years, said some were considering cancelling their home insurance. This meant that if there was an earthquake or flood, they could become homeless.

There were a significant number of pensioners in Featherston who owned their homes.

“People are struggling,” he said, adding they were already finding it hard to make ends meet before the rise. Basic costs such as heating and food, took up much of the standard pension, with little room to absorb financial shocks.

“Being on a pension is already pretty difficult. It doesn’t leave much to pay insurance. If I don’t pay my rates by the due date, I get a hefty penalty every time.

“They are prepared to risk becoming homeless to give money to the council. That’s what it amounts to,” he said.

Contents insurance was already beyond the reach of most pensioners. Home maintenance was also hard to manage.

“You have to try and do the maintenance yourself. It’s very difficult to save a few extra dollars.”

The rise had come as a shock to most, and he was doubtful what they were getting for their money.

Modest homes in the district with valuations of about $690,000 were now facing annual rates bills of just under $4000, with insurance costs generally going over the $2000 mark.

“I know people who live in Upper Hutt whose house has a valuation of $1.4 million. Their rates are about $400 less than mine.”

Taylor said the services in Upper Hutt were also better than South Wairarapa.

“They have a good water supply. The water supply in Featherston is so bad. We always boil our water here because we don’t trust it.

“We don’t get anything for our rates. Featherston has always been the poor cousin.

“It’s about time they did something for us.”

He thought a lower rise might have been more acceptable.

“Council didn’t have to put rates up as high as they did.”

Farmer Jim Hedley has lived in the district for 75 years. He paid about $40,000 a year in rates but said weightings meant rural residents shouldered a disproportionate burden. The rural sector, including lifestyle block owners, did much of the financial heavy lifting.

His rates went up from 4 to 14 per cent this year. Although the percentage rise was less than the average cited by others, in dollar terms, Hedley and other farmers would pay more because they started from a higher base figure.

He said the structure of the rating system meant rural ratepayers paid a larger percentage of rates for functions that everyone in the general community benefited from, including council wages and committee expenses, general costs for permits and consents, and urban footpaths.

Hedley said he had never seen the South Wairarapa community express such dissatisfaction.

“I think the new council and mayor are out of touch, they aren’t facing reality.”

He said council spending should be tailored to what was affordable and ratepayers would find the steep rises difficult to manage.

“It’s extremely hard to find out what you’re actually paying for.”

SWDC explained the rates hike in a press release last week. This followed a riotous meeting where about 60 people walked out after the council refused to allow the rates to be publicly debated as an extraordinary agenda item.

“You would have heard statements that in South Wairarapa District people’s rates had increased significantly and that council’s overall rates increase is 28 per cent. This is not quite true,” Mayor Alex Beijen said in the release.

“The figures cited by some speakers at yesterday’s council meeting were based on $17.8 million. This was the amount collected in rates last year. It actually cost $19.3 million to deliver the services, however, council softened the impact on ratepayers by borrowing $1.5 million.

“The 28 per cent cited by speakers did not take this loan into account.”