Urban environments pushing into productive land are continuing to cause concern for government and Federated Farmers alike. PHOTOS/FILE

Lifestyle blocks eat away at farmland

Urban environments pushing into productive land are continuing to cause concern for government and Federated Farmers alike.

Ministry for the Environment [MfE] said in their Our Land 2021 report that the area of highly productive land unavailable for agriculture because it had a house on it, had increased by 54 per cent from 2002 to 2019.

MfE said in the report that over the past 25 years, the use of land had intensified by increasing the number of livestock and the yields per hectare, and adding more fertilisers and irrigation.

It said intensification had benefited the economy but has also had negative effects on the environment.

Wairarapa’s Combined District Plan said the region’s rural environment had been seen as an attractive place to live, being within commuting distance to Wellington, but with many opportunities for people to enjoy the benefits of a rural lifestyle and a small holding of land.

“This source of development pressure has been the main driver for growth in the Wairarapa rather than an increase in population.”

However, Masterton had had an increase in population [3500] since 2011, Infometrics said online.

Federated Farmers said while the MfE report identified challenges in front of us, it also included plenty of positives. 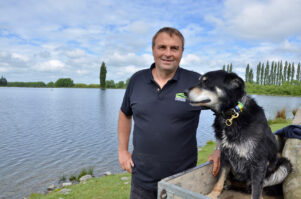 “The fact that 49 per cent of New Zealand remains native land cover is something to be proud of – especially as we get ready for the release of the National Policy Statement Indigenous Biodiversity,” Federated Farmers environment spokesman Chris Allen said.

He said the report also noted that there had been no decline in soil quality from 1994 to 2018.

Allen said it was worth acknowledging given the jump in food production and value from a declining area in farmland.

Federated Farmers said the report sent a strong message to central and local government that urban and lifestyle block expansion was “eating away” at our primary production potential.

MfE said exports and domestic food production relied on the small amount of highly productive land we have.

Federated Farmers said export earnings from our land-based primary industries had shot up 91 per cent from $23 billion in 2010 to $44 billion in 2019.

Allen said the report noted that the government wanted earnings to grow by another $44 billion in the next decade to support post-covid economic recovery.

“That’s a hairy and audacious goal when you consider the report also shows that since 2002 nearly 1.9 million hectares has gone out of agriculture and horticulture production.”

“Any encroachment of residential living on to productive farmland not only means a loss of that farming land – it also has consequences for those farmers who remain.”

He said remaining farmers faced higher land values and consequently higher rates, along with increased council rules and restrictions that would fall upon them due to increased amenity expectations of new urban residents.

Federated Farmers wanted to encourage MfE to use a more current and wider soil database to determine current soil health across New Zealand.

It said the data used in this instance seemed too small to give an accurate picture.

“While the report indicates New Zealand’s soil profile overall is not improving, we’re at least holding even while good farm management practice begins to bear fruit for our land, our waterways, and emissions,” Allen said.

It said making the most appropriate use of productive land in both the short and long term was challenging and could require trade-offs between different users.

“The land under our feet today was inherited from our ancestors, and how they modified and used it affects how we can use the same land today.

In the same way, the choices we make about how to use the land will have consequences for tomorrow’s New Zealanders,” MfE said.