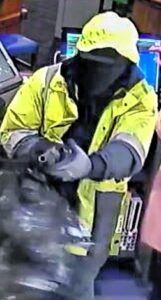 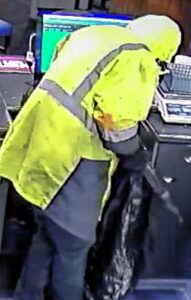 Police are following leads in the Jackson Street Bar robbery from Tuesday night where a man wielding a gun entered the bar at closing time and took a sum of cash.

The man, wearing “a balaclava, glasses and yellow hi-vis clothing” entered the bar at about 10pm, around closing time.

Wairarapa Police Detective Senior Sergeant Barry Bysouth said there had been no major developments despite appeals to the public, but he had put four detectives on the case.

Police would like to hear from anyone who saw a person matching the description at the time of the robbery, or anyone who had other information which may assist them in identifying and finding the offender.

Information can also be provided anonymously via Crimestoppers on 0800 555 111.