A 1080 drop at Mount Holdsworth last weekend has prompted a wave of concern from worried dog walkers, with reports of the poison pellets on public walking tracks.

A woman who asked to remain anonymous said she and a friend had taken their dogs to the area on Sunday afternoon, but were warned off.

“A guy was standing in the car park saying there had been a drop of 1080 that was visible on the track and to take care.

“As we got deeper in, some people told us they had seen Department of Conservation [DOC] rangers picking up pellets. 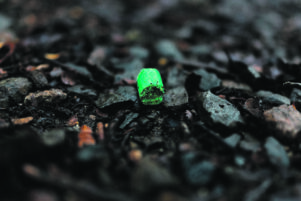 “We didn’t get very far, and people were coming down saying 1080 had been trampled into the track so we turned around and left,” she said.

The woman was worried her dog could get pellets on its paws and become ill, or worse.

“People who had trodden on the pellets could have walked it down with them, or even home,” she said.

Her concerns were echoed by many social media users, with one posting a photo of a poison pellet on a bridge over a waterway.

“Now that DOC have turned the whole Mount Holdsworth/Donnelly’s flat and Hooper’s loop into a toxic wasteland for months, can anyone please recommend an off-leash dog walk in the bush nowhere near,” said one Facebook post.

“That’s not on at all, I’m sure they are meant to be away from streams and walking tracks,” said another.

A Masterton vet said 1080 was highly toxic and advised people to keep their pets away from contaminated areas for at least three months.

“From an animal welfare point of view, it’s dreadful, we can do so much better.”

Ward-McGrath said if an animal were poisoned, the symptoms would generally appear within 30 minutes to four hours and would include vomiting, diarrhoea, and agitation.

“They experience a very high degree of pain and suffering. It also gets into the waterways. It’s not a poison that targets only one species, it’s a very effective killer.

“It does not appear from my point of view to meet the standards under the Animal Welfare Act,” she said.

“As part of a joint OSPRI and DOC predator control operation, biodegradable 1080 bait was laid on the eastern side of the Tararua Forest Park on June 11 and 12. Our pesticide application map shows the exact location of the drop.

“The Tararua range is home to the iconic kaka, bellbirds, kakariki, rifleman and other native birds. By controlling the predator population and keeping numbers low, native species in the area can regenerate. Reducing and keeping the possum population low also reduces the risk of TB being spread,” he said.

He said dogs were particularly susceptible to 1080 and owners were warned of its presence and its associated risks by signs placed at track entrances.

“Prior to the drop, we put out a public notice and have also put signage at all public points of entry to the areas of the Tararua Forest Park where this predator control operation is taking place.

“We will continue to monitor the breakdown of baits and possum carcasses to ensure the area is safe before the signage is removed. We advise dog owners not take their dogs into the area until we take down the signs, indicating it’s safe for dogs.”