Carterton ‘well-placed’ to weather the storm 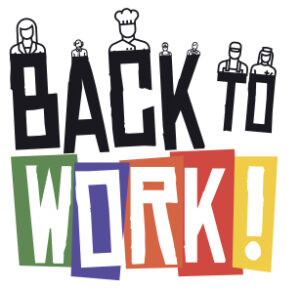 Founded in 1857, Carterton was originally known as ‘Three Mile Bush’.

Later it was named after Charles Carter, who was in charge of building a bridge over the Waiohine River.

It is well known as New Zealand’s Daffodil capital, hosting an annual Daffodil Festival each year in September, and its population, according to the 2018 census, is under 10,000.

Since the covid-19 lockdown, several shops in the main street have not reopened, but those that have, have mixed feelings about the economic impact of the pandemic.

At Almo’s Books, owner Steve Laurence said they had been really busy, and he had used the lockdown as a time to sort out his stock, and launched a sale when he reopened.

He was very appreciative of the support he had received from those ordering books, saying he found it “helpful.”

He also said Carterton was “well-placed” to weather the storm.

Wairarapa Electrical owner, Michelle said they had been “ridiculously busy and were very grateful to all their customers”. 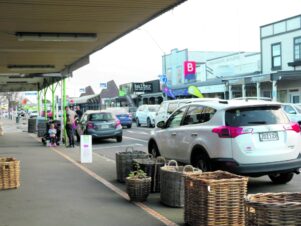 Having only relocated to Carterton from Auckland, last July, Jo O’Brien of ‘You, Redesigned’ said that the reopening of shops had started with a “hiss and a roar”, but now that children were going back to school and people were heading back to work, it had quietened down.

She felt that people would be cautious about spending money, but natural health products were always popular in stressful times.

Like Steve, she too had found time during the closure of her shop to reorganise her products.

At Watson’s Secondhand Shop, they were delighted to see people returning and coming in for a chat.

The owners had spent their time productively too, gardening and farming.

At 3 Mile Coworking Community, a client said that there had been five or six people working there that day and he thought that many people were making use of the office space and avoiding the commute to Wellington.

The owner of Flair Flooring Xtra, David Wills, said that “people were coming out of the woodwork” and had obviously decided to make home improvements during the lockdown.

He was cautiously optimistic, but said that May and June were traditionally their worst months, and a lot of work was being deferred, due to Covid-19, as people were concerned about having workmen in their home.

His shop was well stocked to service residents.

Cooper Farm Services spokesman Ethan Cooper said they had been flat out making up for the month of business they had lost, and had not been too affected by the Covid-19 situation.

She indicated that they had multi-offers on properties, and listings coming in, and although there was possibly a levelling price-wise, they found an attitude of positivity worked well.

The proximity to Wellington was going to change the dynamic as people wanted to work remotely and they were being pro-active, and had adapted.

“We’ve been through it before,” she said.

Next door at Property Brokers, Jillayne McGregor said they had also been very busy, and had inquiries pouring in as people were thinking of moving to smaller towns.