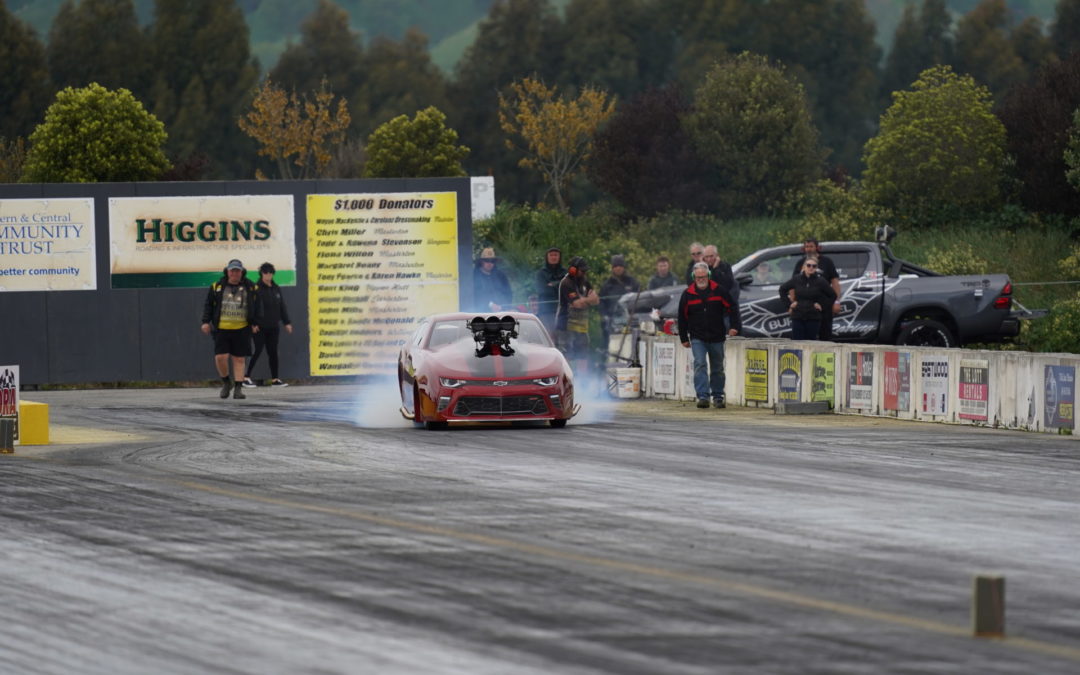 Masterton Motorplex manager Bob Wilton is thrilled with the turnout for the first meeting of the season at the dragstrip. 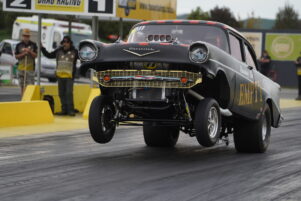 Eddie Trybula gets off to a flying start in his 57 Chevy.

More than 150 cars, mostly from the lower North Island, turned up to fine-tune their cars and motorbikes in the Test and Tune weekend ahead of a busy season.

Wilton said the cold wind kept crowd numbers down, but he was very pleased overall with the two days.

“The track was really spot on. There were a few personal bests run which normally would not happen in the cold because you need the warm weather so the drivers can get enough heat in their tyres to run fast times,” he said.

The Super Street class had by far the biggest entry with 51 cars, followed by Super Sedan with 25.

Wilton said there was plenty of interest in two new cars on the drag racing scene. Peter Schimanski’s starts a run in his Fiat Topolino.

Porirua’s Jordan Robertson fronted with his new top alcohol rail dragster, and Roger Binnema from Balclutha had his first outing in his new 2018 Chevrolet Camaro which was custom built in the United States.

Test and Tune was the first of six meetings the Motorplex will hold this season.

The next will be a full competition meeting featuring the Outlaw 71 cars on November 7-8. There will be two national championship meetings on December 12-13 and February 20-21.