Plea for halt on carbon farming 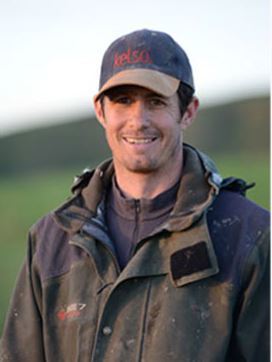 More than 150 people at a meeting in Masterton organised by Federated Farmers were united in imploring the government to “stop and think before you destroy our communities” by encouraging forestry on farmland.

Organiser William Beetham, the Wairarapa provincial president of Federated Farmers, said about 35 people were expected to turn up at the meeting at Farriers in Masterton but it was packed out with more than four times that number of “respectful and very, very concerned” people who were a cross-section of society.

Masterton Mayor Lyn Patterson was there as were members of Business Wairarapa.

Farmers have spoken of concerns about sheep and beef farms being bought up for conversion to forestry and the impact this is having on rural communities because forests aren’t as intensively managed.

Beetham says a forester got up at the meeting to speak in support of restricting forestry.

The concern is that in trying to deal with climate change and regional development issues, the government is encouraging “carbon farming” and even some forest owners have concerns about it.

The issue was urgent because 15 families were preparing to leave the Pahiatua area after the farms they worked on had been sold, the meeting was told.

Beetham said the night started with a presentation from Jamie Falloon about the importance of trees in Wairarapa to deliver on work by the Ruamahanga Whaitua Committee.

Then Julie Collins from Te Uru Rakau [Forestry NZ] spoke about the billion trees programme and what MPI is doing. She was followed by Mike Butterick from 50 Shades of Green, the lobby group formed to push for a pause on blanket forestry on good farmland.

“There was a person there from Pahiatua who stood up and spoke passionately about the concern for his community and the issues they are facing,” Beetham says.

He says Collins spoke well, but her job is to implement government policy.

“The key message we really sent back is the government has to stop and really do some strong work on the potential impact of the policies going forward.”

Things are moving very, quickly and the data isn’t good, he says.

“It is very clear people are seeing the opportunity in carbon, not as much as wood.

He said a lot of people argued, and he agreed with them, that planting trees to offset emissions was a Band-Aid on dealing with climate change going forward because it only offsets emissions for a short time – and at the same time it could destroy communities.

The message was “stop and do some real analysis and understand what could happen to provincial New Zealand”.

“Whatever they do now will not so much impact on this generation but our children and our grandchildren.”

Federated Farmers will now work with business to have another meeting, hopefully a panel discussion with Wairarapa MPs and ideally ministers, in July.

The 50 Shades of Green group said on their Facebook page it is not about forestry v farming, but about the policy settings.

They said MPI and the Minister of Agriculture seem to be out of touch with the actuality of what is happening on the ground. It was “slightly pathetic” MPI don’t appear to have a risk strategy in place to highlight anomalies or unforeseen consequences.

“We look forward to hearing if we were heard, and if our campaign goals will be implemented.”

The group wants a full and independent assessment of the long-term effect of the government policy.

They want the government to hold all Overseas Investment Office applications for new forest planting until a full assessment has taken place.