Masterton District Council has released its updates plans for a town centre revamp, which includes Park St becoming a vibrant link between the CBD and Queen Elizabeth Park. IMAGE/SUPPLIED

Proposals to spruce up Masterton’s town centre were put to local business owners at a recent engagement event with concept designs for the future of Queen, Park St, and Bruce St were on show. 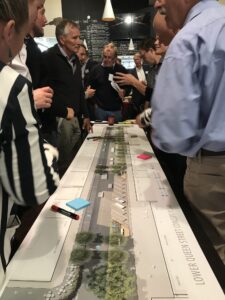 The council and Business Wairarapa hosted the information evening at Ten O’clock Cookie Bakery with the intention of gleaning feedback which would help with refining the designs.

He said priorities and values in retail were changing at a fast pace these days and businesses needed to listen and respond to consumers.

Gore and New Plymouth were examples of places with progressive town centres that were making gains in retail and attracting creatives and investors.

Another was Invercargill, which was once the “brunt of many jokes” but had turned that around following a successful branding strategy.

Wilkinson said people didn’t want more of the same, and Masterton already had lots going for it including many unique and independent stores and “champions of change”.

He said a successful town centre was one that celebrated its heritage and attracted the younger population.

It would have a definite “heart”, rather than be sprawling, with the fringes developed sympathetically.

Local businesses would need to have a common goal and work collaboratively if a town was to be successful, Wilkinson said.

Councillor Jonathan Hooker, a “third generation Mastertonian”, said the Town Centre Revamp Project had been in motion since 2015, and the parklets that were trialled by MDC recently “were not just dreamt up overnight to aggravate people”.

He said the direction the town revamp took would depend on public feedback. 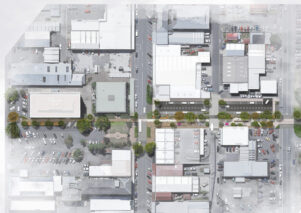 The result would be “exciting”, but Hooker anticipated it would take “some tough decisions to get to that”.

A report to last week’s council meeting said the council has learned lessons from its “Play on Park” initiative and a survey shows 55 per cent of people actually like the parklets.

The trial of the parklet in Park St in January ended early after complaints from business about noise and access to Cricket St, a service lane.

But the council report said a survey found 55 per cent of people liked the temporary placemaking idea, 20 per cent weren’t sure and 25 per cent didn’t like the idea.

Of those who liked the idea, 72 per cent cited having something different, 67 per cent cited interesting things to do, and 64 per cent liked that the parklets brought people together. One unanticipated benefit was that Sam Hall, a local skateboarder, put on an event at the town’s skatepark which was incredibly successful.

Lessons learnt were that the short timeframes put pressure on implementation and engagement needed to be more direct with businesses and across more businesses.

Cutting Cricket St access was unworkable for some businesses and noise levels needed to be more carefully considered.

The phased set-up caused some confusion for the community.

A separate report outlines a new timeline for the town centre revamp project and says “Masterton’s business community must be allowed adequate time for engagement”.

Dates for the developed designed are to be advised.

In the last three weeks the project team have communicated with more than 100 business operators and building owners about the revamp via letters, emails, meetings and the event held on Monday.

Discussions at the meetings will be documented and fed back to the reference group. 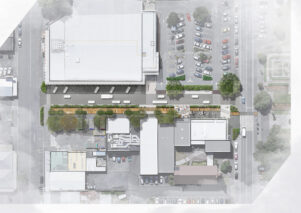 On Bruce St, the proposal is to flip parking from the south side to the north side, and have shared spaces alongside Entice cafe, Aratoi and ConArt. IMAGE/SUPPLIED