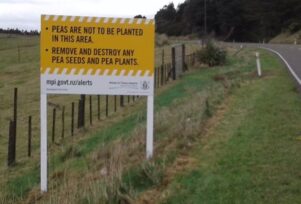 A pea growing ban came into place for Wairarapa in July 2016 after an insurgence of pea weevils, five years later the industry is creeping back into the region now that restrictions have been lifted.

In 2016 Ministry for Primary Industries’ [MPI] director of investigation, diagnostic centres and response, Dr Veronica Herrera said the best chance of wiping out pea weevils would be to impose a temporary ban on growing peas.

Biosecurity Minister Damien O’Connor announced that the programme had managed to wipe out pea weevil in Wairarapa – a world first.

Government said Biosecurity New Zealand had been working with Wairarapa farmers since March 2016 to contain pea weevil that threatened to put a major dent in the country’s $130 million pea industry. “A network of trap crops was set up to flush out the pest so it could be destroyed before it completed its life cycle. Its last detection was in late 2017,” it said.

In the 2016 growing season more than 1700 pea weevils were found in Wairarapa.

Wairarapa farmer and Federated Farmers vice-president Karen Williams had been growing peas before the ban and was appointed to the Pea Weevil Governance Group advising on the issue.

Williams said it had been a long four years, with ups and downs, but the ultimate result had been achieved.

“The decision to eradicate was hard on local pea growers so it is extremely pleasing to see their efforts rewarded.” 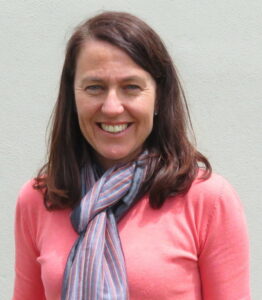 Williams said at the time next step for industry is to work with seed companies to bring back pea growing contracts.

Wairarapa is now moving into its second growing season after the ban.

Williams said she did some research back in 2014 in to the number of hectares in Wairarapa planted in peas.

“There was 1200 hectares in peas here, 1000 of them were for pea seed going to New Zealand, Tasmania, Asia, Europe, and the United States.

Williams said her farm had planted 40 hectares in peas in 2014, they now have 70 hectares planted.

We’re leasing more land so it’s a significant increase but not on the same scale of land.

She said the two original companies, PGG Wrightson and Premium Peas were still operating in Wairarapa, but since the growing ban lifted, two other players had entered the game.

Carrfields and Townsend Seeds are now operating in Wairarapa too.

Brassicas are a group of vegetables that include broccoli, cabbage, cauliflower, Brussels sprouts, kale, Chinese cabbage [wombok] and the Asian leafy brassicas such as buk choy, choy sum and gai lan.

Williams said companies had recognised from the pea weevil outbreak that they couldn’t “put all their eggs in one basket”.

She said that was very much the situation they had in Canterbury.

“If the pea weevil had arrived in Canterbury instead of Wairarapa they would have had most of their eggs in one basket and it would have been a huge problem. We were lucky to have the geography we do.”

Williams said something holding back crop production in Wairarapa was the need to guarantee water.

“A lot of these contracts will only be offered if you have guaranteed water, they want that guarantee that you will produce on, let’s say 20 hectares, a certain amount of feed.

It was hard to find exactly how many hectares of peas have been grown in this season, but it seems the crop is making a genuine and sustainable comeback.