The highly decorated soldier from Masterton, who rose to the rank of Lieutenant Colonel, was the highest-ranking New Zealand army officer of World War II still living.

He died overnight on Monday.

Mr Donald fought in the North African and Italian campaigns and was wounded four times, the worst when he was caught by the blast of an artillery shell.

His war record included acts of outstanding bravery, especially during his time in Crete and defending Maleme airfield as commander of the 22nd Battalion. 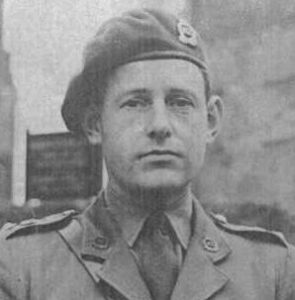 Haddon Donald had a long and distinguished career.

For his service in Italy, he was awarded the Military Cross for courage, leadership and devotion to duty; the Distinguished Service Order for his leadership; and was made an Officer of the Legion of Merit (USA) for distinguished service in combat. He was also Mentioned in Despatches twice for his gallantry – in Crete in 1941 and in Italy in 1944.

“He always tried to go to a dawn parade.”

She said last year may have been the first year he was unable to attend.

“We certainly feel the poignancy of him passing away just so close to Anzac Day.”

A family statement said Mr Donald was a real inspiration to his family, immediate and extended.

“He’s going to leave an enormous hole in our lives – he’s been around for so long.

“He was a very honourable man with lots of integrity and I think a lot of people respect him for all sorts of things.

“He’s had a huge effect on our family and we’ll miss him a lot.”

A citation signed by US President Harry Truman commended his bravery while serving in Italy in April and May, 1945.

“Throughout these operations Colonel Donald led his battalion with outstanding gallantry and skill, generally with the leading company during the pursuit, and showing complete disregard for his own safety.

“His example was an inspiration to all ranks.” 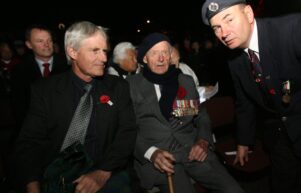 “The man who was a young lieutenant fought courageously with his men in the desert and at the battle of Crete eventually rose to command 22 Battalion, Second New Zealand Expeditionary Force.”

Mr Thompson said Mr Haddon’s wartime service to New Zealand and those who served under him would always be remembered with pride.

“The Masterton RSA extends its deepest sympathies to the family at this time.”

“Lieutenant Colonel Donald leaves a proud legacy of service – for his family, his community, and our Defence Force.

As well as his military service, Mr Donald was a former MP for Wairarapa, serving in the Holyoake government from 1963 to 1969.

He successfully stood for National in the Wairarapa electorate in 1963 after the retirement of Bertie Cooksley, before losing the 1969 election to Labour’s Jack Williams.

In business, he worked for 50 years in the family firm Donald Presses Ltd, and was company chairman for 16 years.

In sport, he was five-time captain of New Zealand’s representative rifle team.

Mr Donald was born and raised in Masterton.

He retired in Taupo and returned home about four years ago.

The last of six siblings, his brother Val died at the youngest age of 92.

His sister, Alison Hansard, lived to be 103. 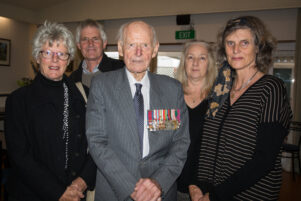 Mr Donald said last year that his four children, Robyn, Rhodes, Andrew and Fiona had contributed enormously to his long life, as did his lifelong love of gardening and outdoor pursuits, as well as his passion for hunting.

Lieutenant Colonel Donald was farewelled privately on Wednesday, with a public memorial service to be held on Saturday, May 5, at the Copthorne Solway Park in Masterton.