Quadbikes and tractors are one of the leading causes of on farm workplace fatalities. PHOTO/GETTY IMAGES

GIANINA SCHWANECKE talks to the first of three Wairarapa locals who recently completed the Kellogg Rural Leadership programme. This week, Nicky Barton on contributing factors in on farm fatalities.

We may be one of the best food and fibre producers in the world, but this success comes at the cost of about 20 lives per year from on farm workplace deaths.

This year alone, there have already been four farm-related deaths – three relating involving quadbikes, and one involving a farm vehicle.

For Nicky Barton, WorkSafe’s media manager, these deaths represent more than just a fatality statistic, they are real people. 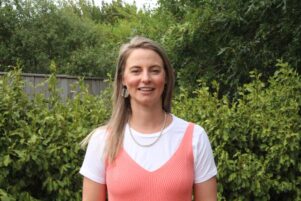 “With a number of them, I know their personal stories and know the impact their deaths have had on their families,” she said.

Her recent research project undertaken as part of the Kellogg Rural Leadership course aims to examine what contributes to these tragedies.

Titled Old Dogs New Tricks – An exploration of age and its influence on health and safety in New Zealand’s primary sector, she explores the question of why New Zealand’s most experienced farmers are also the group most likely to be killed in work-related accidents.

Having grown up on a sheep and beef farm outside of Greytown, Barton said she was exposed to rural life and its challenges at an early age.

She said she decided to apply for the programme as her father had also been a Kellogg scholar in the late 1980s.

WorkSafe helped contribute to funding and she said she wanted to “make a difference” with her research.

“What I got from our WorkSafe inspectors was that while farmers are really big on environmental and animal welfare, they’re not so much on people.

“I wanted to understand the relationship between age and how we behave on farm.”

Her three key questions were:

What age are most farmers who die in workplace accidents?

How do farmers of different ages die?

Do attitudes towards on farm health and safety change with age?

In her research she discovered a ‘rural oxymoron’.

“What I was most heartened by and most challenged by was that our older farmers were all on board with what we are trying to achieve [with health and safety] but they are also the ones dying.

“The fact that they are dying in the highest numbers at the age in which they should be most adept at managing risks appears to me to be something in the way of a rural oxymoron.”

Vehicle accidents, those involving quadbikes or tractors, were the primary cause of death in workplace accidents on farms between 2011 and 2018.

The lowest adult death toll was those in their 30s, with only 12 deaths.

This was also the only group where the leading causes of death were not quad or tractor accidents but other vehicles like trucks or utes.

Barton said she had expected to find some resistance from older farmers to changes in health and safety, but many of those interviewed seemed to understand its importance.

“They felt they needed to lead by example and learn from their experiences,” she said.

She theorised that age-related physical, cognitive and perceptual changes may contribute to high deaths of older farmers.

The weight of responsibly at different ages, was also a likely reason those in their 30s had a much lower death toll at a time when they had more on their shoulders.

“One theme that was consistently reported across age groups was that with increased responsibility comes a keenness to improve health and safety, more accurately assess risk and avoid dangerous situations,” Barton said.

In the report, an anonymous Wairarapa farmer said, “As an employer, the worst possible eventuality is to have to ring a person’s parents or partner to inform them that there has been a serious accident.

“I think about that a lot. What would I say? It’s a powerful incentive to being proactive in terms of accident and injury prevention and taking the responsibility seriously.”

Barton said that agriculture differed from other primary industries like forestry, in that work-related fatalities were seen to be stoically accepted.

“The forestry industry accept they have an issue.

“Whenever they have a fatality, the whole industry feels it.

“I don’t know that farmers take it to heart in the way that they should.”

She cited opposition from the rural community to the introduction of the Health and Safety at Work Act 2015 as an example and acknowledged that there were still many in the industry who viewed it as a chore.

“It’s like the road toll. Will we get to zero? No.

“But if one person reads this and it alters their decision and pushes them down a safety path, that’s massive for me.”

She said the industry would also benefit from a similar study to examine the sector’s non-fatal injuries and near misses, as well as studies of mid-career farmers to gain insight into the factors which contribute to their lower death toll.

For those on farm, she hoped they would take away a better appreciation of risk and implement crush protection

“If you feel something is going to go tits up, don’t push it.

“The flow on impact of your death on friends and family leaves them reeling.”