On a farm south of Featherston sits a wooden structure, tired and weather-beaten.

You could be forgiven for assuming it to be an abandoned barn at first glance.

But this lack of majesty masks what Heritage New Zealand’s Kerryn Pollock has identified as “outstanding historical significance”, the highest possible categorisation the institution lists.

It’s called the Carkeek Observatory, and is a paragon of New Zealand astronomy, as well as the development of the scientific method in the country. 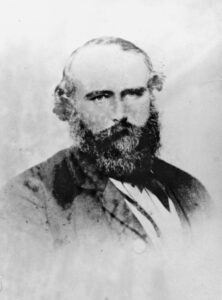 Built in about 1867, by civil servant, Featherston sheep farmer, and amateur astronomer Stephen Carkeek, it serves as the nation’s earliest surviving astronomical observatory.

Tasked with justifying the significance of the site to the Heritage New Zealand board, Pollock identifies the Carkeek Observatory as an important landmark in the country’s scientific development.

“It’s really interesting to see how scientific endeavour and astronomy were practised in the colonial context, and how popular astronomy was, even from that early period.

“Particularly with the transit of Venus and the transit of Mercury, people really got into it, and into the 20th century our astronomy clubs got really big.”

The fact that Carkeek was an amateur astronomer places him within the country’s rich history of DIY scientific endeavour.

“That story of the amateur strand of science was really big in New Zealand because science started off here as an amateur pursuit,” Pollock said.

“Amateur scientists are really important for the history of science here.”

If you’ve studied much of our nation’s history, you’ll know that as far back as the Maori in the 1300s, settlers have had to improvise, adapt and do everything themselves, finding novel and unique ways to survive and thrive.

Several regions, like South Wairarapa, were settled and subsequently abandoned, only to be settled again, years later, with a greater dose of grit and gumption.

This is why the amateur tradition has been so important to New Zealand’s history, with astronomy being no exception.

New Zealand’s first significant professional observatory set atop Mt John, by the universities of Canterbury and Pennsylvania, wasn’t established until the mid-1960s, with everything before that being achieved by amateurs, stretching all the way back to Carkeek, and the Maori navigators before him.

Despite technically being labelled an “amateur”, by the 1870s, Carkeek had constructed his own large ‘Romsey-style’ observatory, popular in the United Kingdom, from totara timber and hand-made iron nails. He was also making important observations of the night sky.

As Pollock said, “His expertise was recognised in the lead-up to the 1874 transit of Venus, which attracted many international astronomical expeditions to New Zealand. He was also an active member of the Featherston community, providing meteorological observations to a local newspaper and serving on different committees.”

Despite his prowess and spirited commitment to the development of astronomy, Stephen Carkeek was a modest man, raising sheep at his farm, Torohanga, south of Featherston.

He had a grandson by Frances whom he and his wife Martha loved dearly.

Carkeek also immersed himself in the Featherston community, becoming the chairman of the school committee, a member of the Agricultural and Pastoral Association and a magistrate.

Alongside his civic duties he made observations of Jupiter’s satellites, lunar eclipses, and moon culminations.

Pollock’s research is exhaustive, the motivation being the protection of this important site and its addition to the New Zealand Heritage List, which will go on to inform South Wairarapa District Council.

“It simply tells people that the places on the list are important heritage places.

“Protection comes when heritage places are scheduled into district plans.

“Councils all have rules in their district plans which govern what can and can’t be done to heritage places and they vary from council to council.Heritage New Zealand has recommended that the Carkeek Observatory is scheduled in South Wairarapa’s district plan.

“We believe that is one of the most important tools for protecting the place, and we will also provide free conservation advice about the observatory to the council.”

The protection proposal is out for public submissions.

Details can be found at the notified proposals and reviews section of the Heritage New Zealand website: www.heritage.org.nz/the-list/notified-proposals-and-reviews