No bang for buck Four out of five respondents gave the thumbs up to the town’s Event Centre. PHOTO/FILE 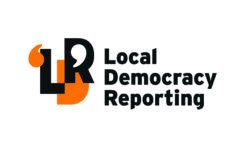 Almost two-thirds of Carterton residents quizzed in a recent district survey said they did not feel they were getting value for money from the council.
Carterton councillors and senior staffers will discuss ways to win back public sentiment at a meeting today.
The district’s 2020 poll showed plummeting rates of satisfaction, and fewer residents saying they felt they got bang for their rates’ buck.
Councillors will receive a report at the meeting from consultants Muirton, which shows only 35 per cent of the 658 residents questioned felt they received value for money.
This was down eight per cent points from 2018.
This year’s survey said that overall satisfaction of CDC’s performance declined to 46 per cent, down from 63 per cent in 2018.
The council has reached out to Carterton residents since 2008.
The survey has been run on an annual basis since 2017 – missing out the 2019 election year.
Jane Davis, council chief executive, said the authority was “confident it delivers its services in a very cost-effective way” but the survey showed it “could do a lot better at explaining its activities and the costs to ratepayers and residents”.
“Addressing its communications about how rates are spent will be a core focus over the next year,” she said.
“The council also intends to get out into the community and talk about its plans for Carterton’s future, which is very important post-covid-19.”
The impact of the outbreak and resulting public health results were beginning to be felt in the council’s latest financial report.
Residents were satisfied with the district’s public facilities.
More than 75 per cent were happy with Carterton’s public facilities and parks. Four out of five respondents gave the thumbs up to the town’s Event Centre, and nine out of 10 expressed their happiness with the information centre.
Councillors will weigh up the findings, and elected officials and staff would “explore opportunities to address any underlying issues”, according to the meeting agenda.
The council meets at the Events Centre at 1pm, and the meeting will be live-streamed on Facebook.
-NZLDR